THE LATEST FROM THE ODD FELLOWS HOMES OF CALIFORNIA

By Judge Dave Rosenberg, Davis #169, Chairman of the Board, Odd Fellows Homes of California

Two of the crown jewels of Odd Fellowship in California are the outstanding retirement communities owned by the Order: Saratoga Retirement Community (SRC) and The Meadows of Napa Valley (MNV). Both SRC and MNV are recognized as among the finest retirement communities in the West. These two remarkable campuses are owned by the Order and are controlled by a 13-member Board of Directors known as the “Odd Fellows Homes of California,” a corporation which it is my honor and privilege to chair. All the members of the board, except one public member, are Odd Fellows and Rebekahs. Your hard-working Odd Fellows Homes of California Board of Directors is composed of Mary Ann Tschernoscha, Don Smith, Dorothy Handy, Jerry Worth, Robin Oliver, Gerald Poarch, Terry Olson, Lois Mullen, Lynn Hill, Grand Secretary Ray Link, Grand Treasurer Jay Johnson, Board Vice Chair Vic Bucher, and Board Chair Dave Rosenberg.

Visitors to SRC and MNV are always amazed to see these modern, bright, clean facilities, and the energetic community of people who live and work there. Both SRC and MNV offer the full range of services for aging in place, including spacious independent living (IL), comfortable assisted living (AL), and first-class nursing care (HC). And both SRC and MNV provide special memory care units (MC) for active seniors who have memory issues and challenges.

SRC and MNV are important programs that not only further the aims of Odd Fellowship to elevate the character of man and help those in distress, but also provide substantial financial support for Grand Lodge and the beneficial work of this Order. These retirement campuses allow us to do good and important works in California. 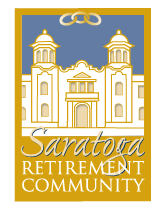 The campus at SRC has been owned by the Order since 1912 – the oldest continuously operating retirement community in California. In fact, SRC is celebrating its 101st year of operation this year – a remarkable achievement in the world of retirement communities. Currently, 175 residents live in independent living at SRC, 104 residents live in assisted living, and 82 residents receive care at the health center. Additionally, 11 residents make their homes in memory care units. Attending to the residents’ needs, SRC is budgeted for 270 loyal and hard-working employees, many of whom have worked at SRC for a generation. For example, Scott Richardson, the facility services director, has been at SRC for 27 years, and Maria Perez, a housekeeper, has served the community for 35 years. Among the residents of SRC are 19 members of the Order including 3 Rebekahs in independent living, 3 Odd Fellows and 8 Rebekahs in assisted living, and 5 Rebekahs in the health care center.

Set within a woodsy 37-acre campus, SRC provides all the amenities one would expect in a first-class retirement community including gourmet meals, an active social program, an indoor pool, a park and walking trails, Bocce ball court, the Seven Stars Tavern, Barnes Hall Auditorium, a large library, beauty and massage solon, a gift shop, arts and crafts rooms, a woodworking center, computer lab, wine tasting room, and much more.

Recently SRC was honored in the retirement industry by receiving a 5-year CARF-CCAC accreditation in ten areas of strength, and an exemplary conformance. This past year, a $200,000 renovation of Cal Villa was accomplished, modernizing and improving the first floor, the reception area and the marketing area. A much-needed $160,000 parking lot expansion project was also accomplished for the benefit of residents and their guests.

Operationally, SRC has maintained a solid census in both IL and AL averaging 94%. Our HC census is under budget at 80.4% YTD. On a positive note, we had our best state survey ever in October with 1 minor deficiency, 1 deficiency on the Life Safety Survey and no deficiencies on the HPPD survey. Our SC area has seen falling census over the fiscal year, but is the focus of strategic planning with possible expansion and changes to the program offerings.

THE MEADOWS OF NAPA VALLEY

The Napa campus was purchased by the Order twenty-one years ago, in 1992, and offers a 20-acre community in the very heart of California’s wine country. MNV is a full-service retirement community featuring independent living, assisted living, a health care center, and memory care units. This last year saw major improvements and accomplishments at MNV. Perhaps the most significant accomplishment of the year was the dramatic improvement in occupancy. In 2011, for example, independent living occupancy was at 69%; but as of April 1, 2012, occupancy in independent living has risen to 84%. Major apartment renovations and an active marketing program have definitely made MNV one of the places to be for active seniors in Northern California. Other completed renovation projects include the Fellowship Hall remodel, the West Wing Courtyard drainage project (which also resulted in the addition of a 9-hole putting green), the Atrium Theater remodel (perfect for watching movies and sporting events), a remodel of a private dining room with a “wine room” motif, as well as the creation of a business center for residents. MNV has also enjoyed major modernizations over the past year including a new and important state-of-the-art fire alarm system.

MNV continues to be unique among California retirement communities as it allows residents to join the community with the payment of month-to-month rent, and no requirement to “buy in.” But this last year, in order to expand options for new and existing residents, the Homes Board approved allowing MNV to become a hybrid CCRC/Rental retirement community – with the assurance that at least 50% of the apartments in independent living would remain in the rental mode. Opening up the possibility of a CCRC option will, in future years, not only increase the occupancy rate, but will give residents more options in their retirement planning. The California Department of Social Services has approved a Provisional Certificate of Authority for MNV to be a CCRC. And by direction of the Homes Board, MNV is now accepting long term Medi-Cal residents in the health care center, which certainly supports the mission of the Order to support the community in a benevolent and charitable way.

The MNV campus features an enormous, cathedral ceiling lobby, a library, a billiard and card room, Rebekah Deli Café, Meadows Mall gift shop, a beauty parlor, exercise and fitness room. Bocce ball courts, and a heated swimming pool are offered, among other amenities. And, of course, dining is a pleasure with food to match any gourmet’s palate.

The IL occupancy improvement that was seen in the prior year has continued. IL has achieved better than budget occupancy for the year, surpassing the 90% level and recently as high as 91.7% occupancy. Two years ago, IL occupancy was hovering around 70%, so we have achieved a huge improvement in IL occupancy, partially due to incentives, value pricing of certain apartments and offering three meals per day like the other IL retirement communities in Napa. The main reason IL occupancy has been sustained at its current 90% level is a new feeling that the IL retirement community is vibrant, desirable and the residents are very satisfied with their active lifestyle at MNV. Also helping with IL occupancy is the move-out rate has decreased compared to prior years, as we are now attracting younger retirees in the IL Retirement Living area. In addition to improved IL occupancy over the year we have also achieved sustained improvements in Memory Care and Health Center census and occupancy. As a result of our overall improved campus occupancy (averaging 87% to 90%) we are seeing a much improved financial picture for MNV.
The Health Center just had its best California Dept. of Public Health re-certification survey in four years, receiving only 6 deficiencies total. The survey team leader complemented our program, and stated the residents are being well cared for. Currently we have 5 Odd Fellows and Rebekah’s residents living at the Meadows (3 residents in IL, 2 AL). There are 2 residents (1 AL, 1 IL) receiving the IOOF Member Related Resident Benefits ($3.00 per month per year of service in the Order, starting at year 15).

As we all know, over the past five years we have lived through challenging economic times in this country and in California. They don’t call it “The Great Recession” for nothing. These difficult times affected most everyone. The retirement home industry was affected, as well. The financial concerns we experienced last year troubled the Board, especially when it became necessary to tap into our investment accounts to meet unanticipated shortfalls of cash in our operating accounts. The poor economy and the decline of the housing market took its toll on all retirement homes. When the economy is slumping and housing prices are dropping, folks who are at the age when they are considering movement to a retirement community often postpone making that move. SRC and MNV were faced with the same problems, but fortunately we did not suffer as much as many other retirement home operations. Our census figures at both SRC and MNV have been improving, and we are hopeful that this improvement will continue in the months and years to come.

The OFHC received a BB+ rating from Fitch Ratings earlier this year. The improved financial position of the Odd Fellows Homes supported this rating and allowed them to successfully complete a refinancing of the bonds that resulted in an all in cost of debt of 4.26%. This financing will result in significant savings of $2.9 million annually. The occupancy at the homes as of December 12, 2012 was 599, broken out as follows:

We are asked, from time to time, why California Odd Fellowship is in the business of owning retirement homes when we have a declining membership. It’s a fair question. Our two retirement campuses are recognized as two of the finest such facilities in California. We don’t take a back seat to any other organization, and we should utilize them for promoting Odd Fellowship and helping to increase our membership.

With our two Homes we have a place where Odd Fellows and Rebekahs can go in their sunset years, and still be able to react with members of the Order. Those having adequate assets for their senior years can move into one of our Homes and still benefit from the monthly stipend that we provide to assist Odd Fellows and Rebekahs in covering the cost of an apartment. The stipend isn’t huge, but it increases based on the number of years that the retiring member was a member of the Order, and it is a recognition of that coveted membership. Depending on available funds, the Board of Directors can, and will, consider increasing the stipend in future years. On January 26, the Homes Board raised the monthly stipend to $10 per year of membership, so long as the member has a minimum of 15 years continuous membership, in good standing, in the California Order. Accordingly, the membership stipend would provide, for example, a monthly discount of $150 for a 15-year member, $250 for a 25-year member, or $500 for a 50-year member. Future increases to these benefit, if any, will be determined based upon the available funds.

Some of our members have limited assets, or no assets at all, and are unable to afford the going rate at our Homes (or other homes, for that matter). The Board can assist such members with partial support from the Odd Fellow Endowment Fund. Currently, such members are paying as little as $750 monthly for their units, including board and care. They are required to be members of the Order for 15 years or more, must qualify for Medi-Cal and have not divested themselves of assets to their children or others. Currently, members of the Order residing at SRC and MNV also receive financial help in various forms from income in the Endowment Fund, including reduced rental rates for apartments based upon available income.