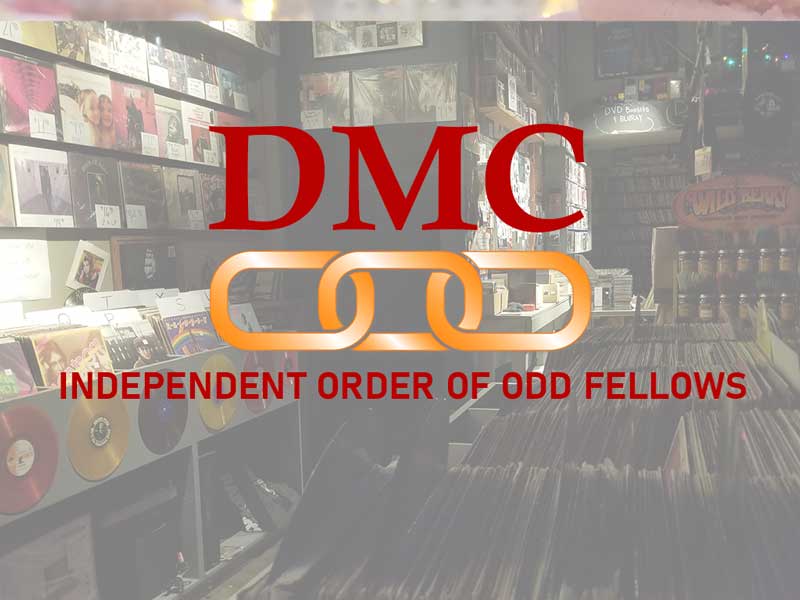 The time I spent in the Independent Order of Odd Fellows has been rewarding. I have met hundreds if not thousands of people over the years because of my membership in the Order. The saddest part about being in this Order has been the passing of friends. Friendships developed and loyalties established and are ended due to death.

As I reflect on those past years, I reflect on the people who were with me in the lodge who are no longer here. I miss them as much as I miss my friends who were not in the Order and who have passed along. Losing a teenage brother in a tragic accident and losing a daughter in the midst of service my country, had made me numb for many years, where I did not acknowledge the death of others. I did not attend funerals as a rule, as these were reminders of those most difficult times in my life.

People, members, often mistake my lightness in serious matters as being dismissive or irresponsible. That has been their mistake in judgement. I am here to let you know, if you do not already know, I take matters seriously, too seriously. I almost always respond to those who display negative attitudes. Most of the time I am trying to understand and help them get over whatever they are experiencing. This applies to all people in my life.

Speaking strictly about the Order, I want all of you to know I am grateful for lending me your support over the years. Although I believe most of who knew me best are now gone, but a few of you, who truly know me are still around. I think being the Grand Instructor in 2000, was one of the first moments I was able to deal with so many prominent members of the Order at one time. Our districts used to be many and our sessions used to be five working days. The Grand Instructor in 2000 had forty-five districts and deputies to train for five mornings at 6:30AM before each session day. And the dress code for the day for appointed officers was tuxedos. I made a lot of friends that week and thereafter. Before 2000, I was the District Deputy for District 36.

In 2001, I was elected to the Grand Lodge Board of Directors, a much different board twenty years ago. The board dealt with a lot of situations at that time. It sometimes crossed the line into the fraternal aspects of the Order and give the Grand Master some direction. Most of the time this direction was warranted. Working with those members was a learning experience. No one from my first year on the board is still on the board. Well, I am, but I miss those who have passed on or who since left the board. I appreciate what I was able to learn and take away from those early days.

In 1999, I was fortunate to be asked to assist with the newly developed Noble Grand & Vice Grand Seminar. In 2001, I was asked to chair the seminar. I wanted to expand it to all officers and eventually all members. After several years, it evolved into the Membership Seminar. Those early days at Santa Nella, conducting those seminars with so many brothers and sisters, I met so many new members. I heard so many concerns. I really learned a great deal of the diversity in this Order. I learned about nearly every lodge scenario, be it good or bad. As the chairman, I took those good ideas that were shared at these seminars and applied them to my lodge.

I have been fortunate, as well as thankful, for the offices and honors bestowed upon me over the years. I have been in an elected office since the year I became active in this Order. As my own time winds down, with each election numbers being narrower and narrower as notoriety declines and friends pass away, someone new shall come to take my place. This is the natural occurrence in all walks of life.

Over the years, I have served as Grand Instructor, Grand Marshal, Grand Patriarch, Grand Trustee (Grand Encampment), Director, Grand Master, Grand Representative, and in many other capacities within the Order. I have been the degree captain for my lodge, organizing all live degrees, and so much more.

Today, after writing a third Odd Fellows history book, I am giving back to the membership across the country, by giving a free book to every member who asks for one. These have been uncertain times and perhaps a book could lift someone’s spirits. Since this pandemic started, I have been sending books to lodges and jurisdictions around the country. It is the one of the best ways I can think of to say, “thank you” for all of the good memories you have given me.

Next year, I shall start the next Odd Fellows history project.