Odd Fellows Walk Around The World

The members of the Davis Odd Fellows Lodge have taken a walk completely around the Earth.

In a manner of speaking, that is. 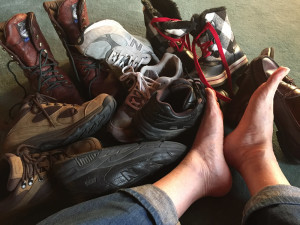 In February of this year, long-time Davis Odd Fellow Dave Rosenberg challenged his Lodge members to collectively walk 50 million steps. Roughly translated, 50 million steps is the equivalent of 25,000 miles – or once around Planet Earth at the equator. “I wanted to see if the Lodge members could pull together to meet the step challenge, and achieve that goal before the end of the year,” said Rosenberg. “And we barely made it!”

Some 50 members and pledges of the Lodge participated in the step challenge at various times. Some dropped out, some dropped in, and a few kept track of steps from the February start till the December finish.

“A few years ago this Lodge decided to set a Guinness World Record by creating the longest single line of bicycles in motion,” said Rosenberg. “It took a lot of work and effort, but we did it and we’re in the Guinness record book – it was a great and fun community project involving close to 1,000 folks from Davis and the region. And we even raised money which we were able to contribute to the schools. All in all, a memorable experience. To some extent, the 50 million step challenge was a fun project along the same lines.”

Odd Fellows kept track of their daily steps using pedometers, iPhones, Fitbits, and other step monitoring devices. They reported their steps once a week to a member who recorded them and tabulated the progress. “Some members walked miles and miles every day and recorded 20,000 or more daily steps. Other members were relatively sedentary and achieved less than 2,000 steps a day,” stated Rosenberg. “But every step counted toward the goal.”

Rosenberg had hoped that the Lodge could reach the 50 million step goal in six months, but in reality it took almost eleven months. “This is just as well”, said Rosenberg. “Eleven is a much odder number than six.”