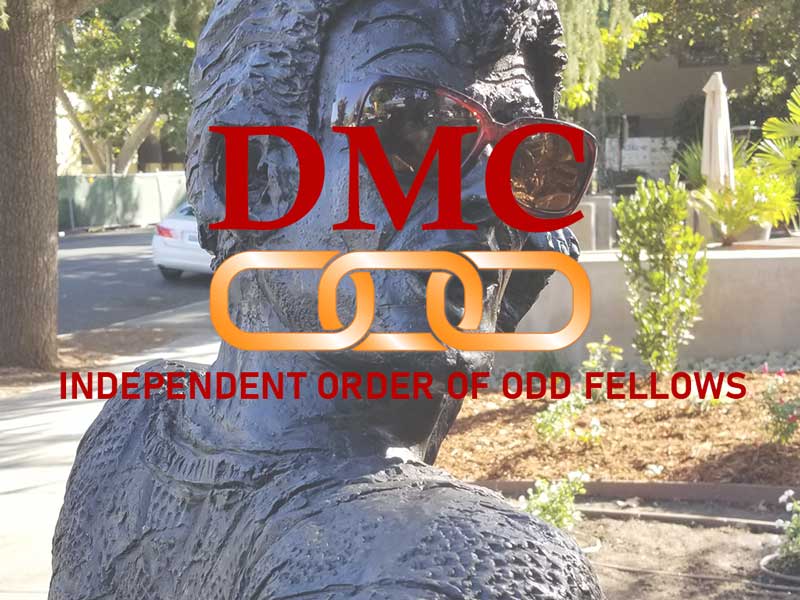 The “Proceedings of the 167th Annual Session of the Grand Lodge of California” (the “Journal”) has (finally) been published and distributed, memorializing the May 15-18, 2019 Session of the Grand Lodge. The Journal contains a heartening statistic for California, showing that Odd Fellows membership totals continue to rise in this jurisdiction, increasing by a net gain of 61 members in between January 1, 2018, to December 31, 2018. It’s a modest net gain, but net gains are always better than net losses. Kudos, all around, California!

However, all is not wine and roses. If one does a little digging to the numbers beneath the numbers, the full revealed picture has both encouraging signs as well as cautionary signs.

Who gained, who lost, and who stayed the same?

The Odd Fellows Lodge statistics showed that 38 Lodges had a “net gain” of members in 2018; 41 Lodges showed a “net loss”; and 34 Lodges held steady, showing neither a net gain nor a net loss for the year. So, on balance slightly more Lodges actually lost members than Lodges that gained members. And even the “net gain” numbers are a bit deceiving: even though 38 Lodges showed net gains, fully 9 of those Lodge eked out only a tiny net gain of 1.

There are at least two cautionary signs in these statistics.

First, having fully 41 Odd Fellow Lodges that actually lost members during 2018 is a concerning sign. There may be some very good reasons why these Lodges showed a net loss: it might be an off-year, or the net loss may be small (perhaps only 1 or 2 members). On the other hand, it may be a sign that the Lodge is troubled. The fact that 41 Lodges – about 36% of the total number of Lodges – were showing declining membership totals should be flag of warning for the Grand Lodge, and for each of those Lodges. Some attention should be dedicated to understanding why this has happened. Leaders of these Lodges ought to encourage a conversation on the topic at a Lodge meeting.

Second, there were 34 Odd Fellow Lodges that showed a steady state of membership – no change in membership. This could also be a sign of concern that needs to be analyzed. Look, let’s face it. The life-blood of a fraternal order is new members. If a Lodge fails to bring it new members, it will wither and die in time. A steady-state may very well still show a healthy Lodge, if that Lodge is in fact bringing in new members to replace those members who move away or pass away. But if no new members are brought in to that Lodge over a period of years, while the membership continues to age – well, the ultimate result is obvious.

What is the optimum size for an Odd Fellow Lodge?

There is no optimum size for a Lodge. It really depends on the community and the culture.

But, statistically, the Journal shows us the relative sizes of Lodge membership in California as of the end of 2018. Here is the breakdown in terms of membership numbers:

What do these numbers show us? First, we can see that almost 60% of our Lodges fall in the range of 10 to 29 members. That seems to be our median. Accordingly, we are a fraternity of relatively modest-sized Lodges. Second, a cautionary tale is shown by the fact that 30% of our Order in California belong to Lodges with 19 or fewer members – that is a fairly small number. For example, if typically only 50% of members show up for meetings, a Lodge of 15 members might find itself in difficult straits making a quorum. Further, such a Lodge will have challenges organizing and staffing events. Third, while small might be beautiful in Odd Fellowship, the largest of our Lodges have a disproportionate impact on our Order. Lodges with 100 or more members number only 7 (that’s only 6% of the total number of Lodges) – but those 7 Lodges make up 30% of our total membership in California. Fourth, at the other end of the spectrum, we have 7 Lodges with 9 or fewer members on their rolls. Nobles Grand of those 7 Lodges need to carefully evaluate why the numbers are so small, and what can be done about it. A Lodge composed of 9 or fewer members is going to have challenges sustaining itself year-after-year. That Lodge may be heavily dependent on associate members. At a minimum, District Deputy Grand Masters and the Grand Master of California should do a fraternal analysis of those Lodges – is there something that can be done to help those Lodges increase their membership.

What is the most interesting statistic?

Lots of interesting information can be gleaned from the statistics, but perhaps the most interesting statistic is the continued numeric ascendancy of women in the Odd Fellows. The statistics continue a trend that started two decades ago when women were finally permitted to join as members of Odd Fellows Lodges. The latest stats show that 286 brothers were added to our rolls in 2018 while 324 brothers were deducted from our rolls in that year. In other words, the number of men in Odd Fellows Lodges declined in 2018. At the same time, 230 sisters were added while 131 were deducted. The number of women in Odd Fellowship increased in 2018. Women now comprise 30.4% of Odd Fellows in California, while men make up 69.6%. If this trend – which started many years ago – continues, women will comprise 50% of Odd Fellows Lodges in time.