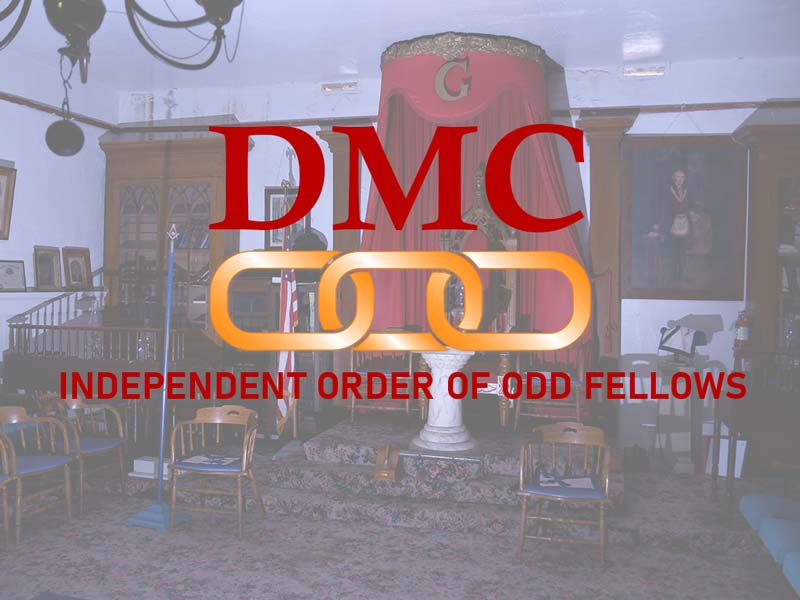 Since we started the Dedicated Members for Change (DMC) and this DMC Newsletter 10 years ago, we have focused like a laser on the primal issue facing the Independent Order of Odd Fellows: Our declining membership. We have highlighted the sad statistics, spanning the last century, that have revealed the sharp decline in both our membership totals and in the number of our Lodges. But we have not just highlighted the decline, we have also suggested proven ways in which the decline can be arrested, and membership can grow. And in California – the largest jurisdiction in North American Odd Fellowship – around four years ago we started seeing the trend reverse – we started seeing small net gains in membership. This is a very good sign.

But let’s not declare victory quite yet. Notwithstanding the good news showing continued net gains in our membership in California, we are also showing some trends that continue to concern us.

Now, the not-so-good news. While the membership numbers show modest gains in California, the shrinkage in the number of our Odd Fellow Lodges continues to concern us. In 2015, the Jurisdiction of California showed 120 Odd Fellows Lodges. In 2020, we show only 111 Lodges (after removing the jurisdictional “Lodge” and the Volcano Historical “Lodge”). So in just five years, we have lost 9 Lodges. Most of those losses are the result of consolidations. Personally, I have never viewed consolidations as a good thing.   No matter how you slice or dice it, a consolidation is the result of the decline in at least one of the consolidating Lodges.

Now, let’s drill down a bit more into those 111 Odd Fellow Lodges that remain. Of those 111 Lodge, there are ten Lodges that show 10 or fewer members on their books. Any time a Lodge shows 10 or fewer members, it should be a cause for concern to the Lodge, to the District Deputy, and to the Grand Master. These may very well be healthy and active Lodges, but the likelihood is that these are Lodges that are fairly inactive and are barely hanging on with quorum issues. Those Lodges with 10 or less members should be a yellow flag of caution and need at least an inquiry.

Let’s look at the other end of the spectrum – the 10 largest Lodges in California. They are:

These 10 Lodges show a membership total of 1,665 members. Note that these 10 Lodges represent only 9% of the total Lodges in California. However, that 9% of the Lodges represent over 35% of the total membership in California. Remove the top 10 numbers and the median Lodge membership in California is 29. As I looked back at the median membership over the years, I see that number trickling downward. That is not a healthy sign. While the largest Lodges tend to be growing (7 of the 10 should growth year-to-year), the other Lodges not in the top ten are either declining in membership, or holding a steady state.

Looking at the 111 Lodges, only 43 showed a net gain of members, 40 showed a net loss of members, and 28 showed neither gain nor loss. And there is an asterisk on the 43 showing net gains – fully 14 of those 43 showed a net gain of only one member – so only 29 of our California Lodges (just 26%) showed a net gain of 2 or more. We continue to be a mile wide and an inch deep in our membership. What is particularly troublesome is the fact that there are 68 Lodges (over 60% of all our Lodges) showing either a net loss or a zero in the gain column (neither a gain nor a loss) – a super-majority of our California Lodges that are either treading water or losing ground. If I were a Noble Grand of one of those Lodges I would be concerned. It is a truism that fraternal orders must add members or they will not survive. Members of a Lodge inevitably move away or pass away and so it is imperative that new members be brought into the Lodge on a fairly regular basis. Associate memberships are a band-aid that can certainly hide quorum problems on a short-term basis.

But make no mistake – there is a truth that applies to fraternal orders: The only sure way for a Lodge to survive is to bring in new members.