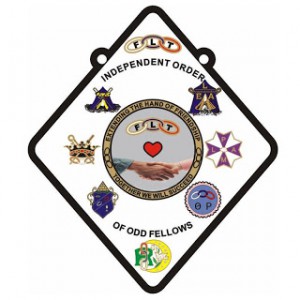 I have been a member of this great Order since 2004, and since that time have been highlighting the precipitous drop in membership nationally and in California. I have suggested a number of techniques to stem and then reverse that tide, and I have tried to use my own Lodge as a laboratory model for these techniques. I have pointed out that our Order, in the jurisdiction of California, has shrunk more than 90% since World War II – a trend that is ominous for our future.

So, how are we doing these days?

Well, the latest numbers for the past five years show the following:

What do these numbers show us?

Regrettably, they show us that the diminution of our Order in California continues. Over the last five years we have not grown in membership – we have declined in membership by 533 members – that is another devolution of 10%. The number of our chartered Lodges has shrunk, as well – during that five-year period, we have diminished by 23 Lodges. If that trend continues, Odd Fellowship in California will have less than 3,000 members and fewer than 100 Lodges within the decade.

Are there any glimmers of hope shown by these numbers? Yes, some. The loss of members from 2011 to 2012 is very small – much smaller than prior years when losses numbered in the hundreds – and may indicate that we are finally stemming the tide. There is much more awareness of the problem, much more emphasis on community involvement and open Lodges than in the past, and we have instituted new programs (like the Membership Challenge Grant Program) which have helped. Stemming the tide of losses is the step needed just before we reverse the tide and start growing as an Order. Also, it is noteworthy that the number of women in Odd Fellowship continues to grow in a slow but steady way. That is a very positive trend for our future.