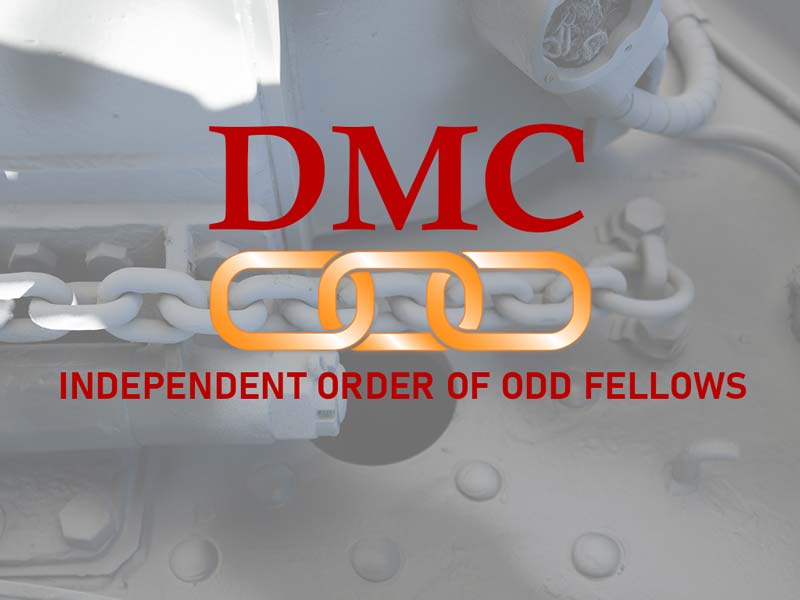 This month we recognize the 10th Year Anniversary of “Dedicated Members for Change” by republishing some of our past DMC articles. Following is an article I wrote on March 4, 2012, over eight years ago. It seems to be as relevant today as it was then. Hope you enjoy it.

All living things evolve to some extent to fit their environment. If they don’t, they go the way of the dinosaur and the dodo bird, and eventually become extinct. Things change even in our modern society. The computers we used just 10 years ago are now viewed as outmoded clunkers. After World War II there were 12,000 bowling alleys in the United States – today there are only 3,000. Even organizations evolve – and if they fail to do so, they suffer the consequences. The landscape of America is littered with the corpses – hundreds of them – of dead and dying fraternal orders. It is the goal of DMC to work to avoid that fate for the Odd Fellows. Our concern is that our membership has declined steadily since World War II. Our membership numbers have declined 90% since the 1940’s and we now stand at less than 5,000 dues-paying members in California, with about one-third of our Odd Fellow Lodges having less than 15 members on the books. We have Lodges where the youngest member is approaching the age of 70. Those facts, to the Dedicated Members for Change (DMC), are big red flags.

The other day I ran across an interesting article on the Internet. Under the title of “Looking Under the Fez”, it was all about a fraternal order in distress. No, it wasn’t about the Odd Fellows or even our branch, the Encampment. It was all about the Shriners. But many of the thoughts conveyed in the article could be about any fraternal order, including the Odd Fellows. It was written in 1993 (when lodges generally were all-male), but in many respects the article is applicable today. I share excerpts of that article (with some minor editing) for your reading pleasure:

“Once they roamed the earth, proud and free. Mighty herds of Moose and Elk, great flocks of Eagles, pride and after pride of Lions. But the finest example of all were the Shriners. Romping and gamboling & driving miniature cars in precision formation, the gold-and-rhinestone trim on their bright red fezzes sparking in the sun; truly they were the most playful of all fraternal organizations.

While they are not extinct, these days the Shriners could be called an endangered species. At the turn of the century, millions of men – possibly one out of every five adult males in the United States – belonged to one or more fraternal lodges. But as times and attitudes change, these all-male social organizations are literally dying out. ‘The Black Camel is advancing on us’ say the Shriners, who have lost over one-third of their membership since 1980. And it’s hard to see where they’ll find young replacements for the members who leave in a hearse. It never occurs to most of us nowadays to belong to a lodge. When was the last time one of your buddies turned to you and said, ‘Dude, next week I’m joining the Knights of Pythias’?

Apparently, fraternal organizations offer things that nobody wants any more: buddy-buddy fellowship, mumbo-jumbo rituals and frequent mandatory meetings. Even though we may not want to join them, it’s still possible to admire them from a certain (ironic) distance. It’s a bit like watching the last of the dinosaurs thunder off into the sunset, doomed but glorious. We know the world will never see their like again. The Shriners, the boldest and most in-your-face of all the fraternal organizations, hold a special fascination for me and many others.

Most of us couldn’t tell an Elk from a Moose from an Odd Fellow, but we all know at least something about the Shriners: that they wear those funny hats, that they support a network of charity hospitals for children, that they’ve organized themselves around a hokey Arabian Nights theme. And most of all, we know them from their public appearances in parades and such, dressed as clowns, or teetering on tiny mini-bikes, or tooling around in go-karts. Though most of us have some idea what they look like, not many know what the Shriners actually are. Officially, they’re the Ancient Arabic Order of the Nobles of the Mystic Shrine (A.A.O.N.M.S.) founded in 1872. A colorful Near East theme runs through everything they do. Their 191 chapters or “Temples” bear names like Sahara, Tangier, Damascus, Mecca, and Nile. They surround themselves with Ali Baba trappings of pyramids, camels, palm trees, and scimitars. Dressed in Bedouin robes, new Nobles are initiated in a symbolic journey across a desert’s burning sands to an oasis, where thirsts are quenched with free-flowing wine. But rearrange the letters A.A.O.N.M.S. and they spell ‘A Mason’ a not-so-subtle clue that one must first be ‘A Mason’ in order to become a Shriner. For centuries, outsiders have speculated about the Masons’ secret oaths, rituals and handshakes, all based on legendary stonemasons who supposedly built medieval cathedrals and Old Testament temples. (For this reason, Masonic symbols include builder’s tools like the compass, the square, and the trowel.)

Why has membership in the Shriners diminished?

A conflict that keeps modern men out of the fraternal life is society’s demands on our time. We’ve all heard that life was harder back in Great-Grandpa’s day, but he did seem to have plenty of leisure time to spend down at the lodge. Today we’re busy with our careers, busy with our families, and when we want entertainment, we’ve got TV and videos and the Internet right in our homes. After days of packed schedules and time conflicts, the last thing we want is the Lions’ Club or the Shriners making more irritating demands on our time.”