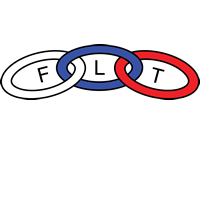 In 2013, Odd Fellows in California have become an Order of many small Lodges with a couple of handfuls of larger Lodges thrown in the mix. It’s certainly not like it used to be. There was a time in the 1920’s and 1930’s when close to 60,000 Californians were Odd Fellows, there were 400 or 500 Lodges in every corner of the State, and some of our Lodge had memberships over 500.

Today, we have shrunk to 126 Lodges with a total dues-paying membership of about 4,400, statewide.

But when you drill down into the statistics, the picture becomes even bleaker. Here are some stats that should give us all pause. As noted, we have 126 Lodges on the books. Of those, fully 87 have 30 or fewer members. Certainly, we have become an Order of small Lodges because as I have noted many times, we all know that only about half of the members of any Lodge are “active”, so a Lodge with, say, 28 members, really means a Lodge with 14 active members – barely enough to even assume all the elected and appointed officer positions.

One more statistic: Of our 126 Lodges, 53 actually had a net LOSS in members for 2012. A Lodge with just 20 members, or 15 members, cannot afford net losses for very long. Also of interest, 34 Lodges were static – that is, their membership remained the same for the year. Only 39 Lodges showed a net gain of members. And even the “net gain” number may be deceiving. Of the 39 showing a net gain, 16 had a net gain of just 1 or 2 members. And only 9 Lodges showed net gains in the double digits (10 or more).And let’s drill down even further. Of our 126 Lodges, we have 56 Lodges (almost half) where the membership on the books is 20 or less. And a further drill shows that 11 of our Lodges have 10 members or less on their books. How can those Lodges function, find a quorum, meet, have activities and bring in new members? That will be our challenge going forward.

Where once we had dozens and dozens of Lodges in California with 100 or more members (in fact, we used to have many Lodges with 500+ members) we now have only 7 Lodges showing membership rolls of 100 or more.

Indeed, we are now an Order of many small Lodges with a couple of handfuls of larger Lodges in the mix.

Our focus, going forward, must be membership, membership, membership. We will need to pursue methods to help each other bring in new members. And that is what we will do. But ultimately, while Grand Lodge can help, the effort to bring in new members must start and finish with YOU and ME. Each of us, working with our Lodges, must be the prime movers in bringing new members into our Order. But that effort will ultimately fail unless and until our LODGES offer those new members a reason to join, and a reason to stay. In that regard, our Lodges must be involved and active in their communities – doing good public works. And our Lodges must provide an active and fun social network for members – good fellowship activities within the Lodge. When those things happen, Lodges will grow, and the growth can be sustained.