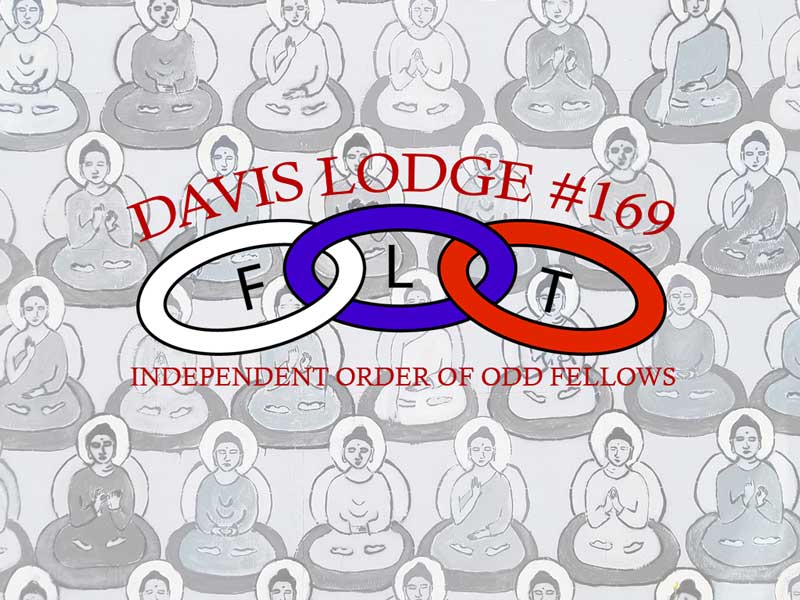 Members of the Davis Odd Fellows Lodge, and other local citizens, donated caps, hats, gloves, socks, shawls, scarves and other warming items of clothing. Most were handmade, and some were purchased. All were provided free of charge to those who needed them. In fact, so many items were provided, that at the end of the day some items were left over and were delivered by Odd Fellow volunteers to Empower Yolo. 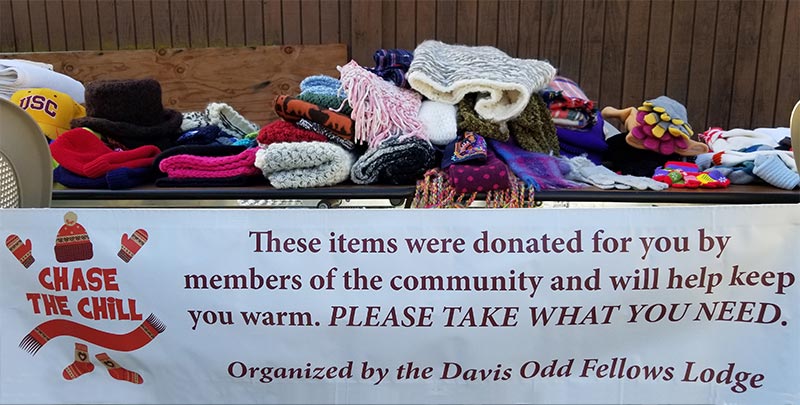 The Odd Fellows “Chase the Chill” table provided warm clothing to those who needed help staying warm during the cold winter months.

“Chase the Chill” was the brainchild of long-time Davis Odd Fellow Lea Rosenberg. “I saw an article on Facebook about a similar project in Redwood City, California, where I grew up. And that rang a bell with me. Why not try something like that in Davis? Many members of the community stepped up to deliver items, when they heard about the need. It was great.”

The “Chase the Chill” table was staffed by two members of the Odd Fellows Lodge, Matthew Elliott and Nicholas Lundgren.

The event was so successful, that the Odd Fellows are planning on making “Chase the Chill” a regular committee of the Lodge so that they can continue the effort, year after year.