Mathematical Facts of Life in the IOOF 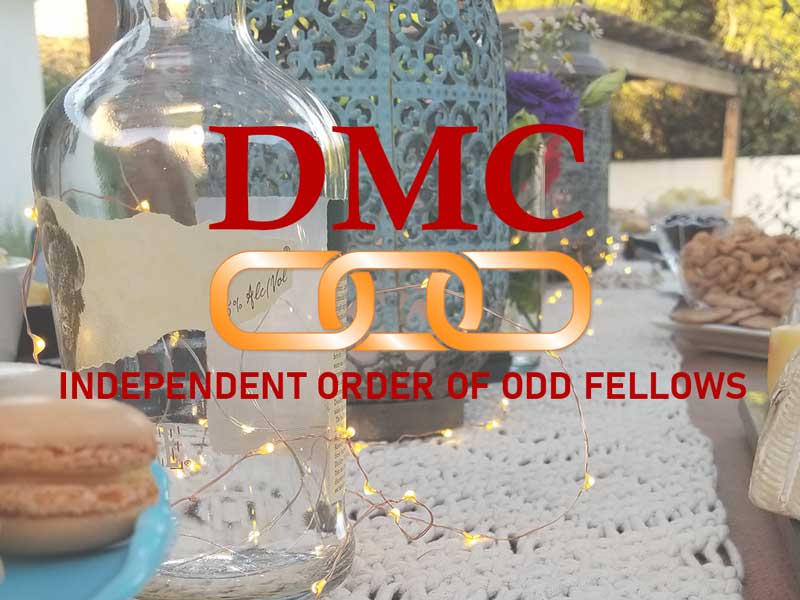 When I was a young whippersnapper, I was a bit of a math whiz. I liked to deal with math problems for fun, which irritated many of my friends. While I found it enjoyable, I also found it unavoidable, inviolate, and unassailable. Numbers, while they seem like only symbols created by our own language, are one of the foundations of reality. In other words, the essence of a number exists even without description. A person can debate the meaning of the world, but not its real physical measurements. Why do numbers matter to the Odd Fellows? Simple. They are used to describe the size and viability of both a lodge, a state, and ultimately, a jurisdiction.

Our friend, Peter Sellars, wrote a wonderful article on truly realizing our situation in the Independent Order of Odd Fellows (IOOF) and I just wanted to remind everyone of the sometimes-horrific facts and figures. While we may all debate the reason for our Order’s steep decline, the facts themselves are unassailable. This is exactly why many people avoid looking at the facts. However, we cannot really hope to improve our state of the order without realizing these painful facts exist. Now that I have gotten older, I have lost some of my earlier thrill of numbers. But it does not take a math whiz to notice the decline.

The facts and figures are not secret, nor even protected by the boundaries of our Lodges. Wikipedia has an intriguing article entitled “The Golden Age of Fraternalism” that clearly defines the highs and lows of fraternal groups. The Odd Fellows are featured prominently in this article. In fact, the Odd Fellows are used as the example of a fraternal group once at a high point and now at a low one.

When we hear that our leaders do not want to discuss our rapid demise, it is painfully apparent that they do not want to do so because it has become so blatantly critical. Wikipedia states that in 1900 the Odd Fellows in America numbered almost 1 million members. We were even bigger than the Freemasons at one time. Yet, today the Freemasons in America still have close to 1.1 million members (Masonic Service Association of North America), along with an aggregate figure of almost 2 million total members; the Odd Fellows have less than 32,000, with little or no aggregate increase. At least the Freemasons are still in the same ballpark. The Odd Fellows can no longer even fill a ballpark. This is a figure taken from year ending 2018, so clearly our total American count of Odd Fellows is now even less, and even though we all like to act like all fraternal groups have experienced a similar decline, the Odd Fellows have dropped quicker and by a more robust amount.

Why? There are a myriad of reasons, but I will name a few – boring meetings, antique nonsensical rituals recited endlessly and now mindlessly, a group of mainly elderly know-it-alls, a mode of dress no longer seen in modern society, and a practice of congenial religious prejudice, where we plainly discourage anyone who is not a strict Anglo-Saxon Protestant.

Sure, we act as if we address these issues, but our idea of addressing them is by saying, you don’t have to follow the ritual, you don’t have to wear tuxedos and long dresses, you don’t have to recite the Lord’s Prayer, but in doing so, we segment our group into those we unite with versus those we merely tolerate. We subjugate anyone who is not thinking just like us. But we already know all this, don’t we? Therefore, our leaders no longer want to even address the issue. They only want to put in their time and kick the proverbial can further down the road (or form committees ad infinitum to study and report back). Obviously, it is only a fool who thinks that if you ignore an issue, that it will somehow fade away. But it is us who are fading away.

This year it is difficult to point out exact figures, since the Odd Fellows’s Sovereign Grand Lodge (SGL) will not meet. However we may rest assured that the figures will be declining, as usual, in the interim.

Here are just a few facts to pique your interest.

The total population of Odd Fellows in the United States for the year ending 2018 is 31,157, according to our SGL. This does not include the Rebekahs, Patriarchs Militant, Cantons, or any other derivative of our fraternal group, but neither does the Freemasons group numbering 1.1 million members. The Freemasons, however, with all groups counted, amount to almost 2 million members, while the Odd Fellows only rise several thousand. In other words, the Freemasons since their high point of almost 4 million members have lost approximately 72 % of their core members, but only 50 % of their total membership, while the Odd Fellows have lost more than 97%! And yet, there is still strong resistance by our leaders to even deny the problem exists.

There are now only 9 states with more than 1,000 members each. California is number 1 with 4,557. California comprises 15% of all the members in the United States. 41 states are in dire or near dire condition, or 82% of the United States. Many are now below 200 members in each state. Clearly, it is hard to not only maintain leadership, but even to sustain open lodges at these levels. Numbers again are important, as it takes a quorum of five members in attendance to run a lodge meeting, and five lodges to retain a state’s Grand Lodge status. Many lodges and many states are now dropping below these levels.

The Independent Order of Odd Fellows at the zenith of their powers were the number one fraternal group in the United States. Now, at the nadir of their powers, we have those who somehow think that the strict adherence to the traditional rituals, dress, religious belligerence, and other socially awkward behaviors will somehow save us. But why, after losing 97% of our membership, would we realistically believe that the same old traditions would somehow suddenly invigorate an increasingly comatose group? Why, if a return to strict adherence to the ritual was the answer, would we have to wait until we only had 3% of our original mass? It is time for rapid and deep change. If not, all mathematical projections based upon modern life expectancy, plus recruitment failure, mixed with the flat-lining of suffocation thru tired events and perpetual boredom masquerading as bland rituals will come to fruition. Again, there is that premise that if we simply recite the ritual with clear and reverent feeling, that somehow traditions will save us, but didn’t our members have reverence before this time? It is time to be realistic, and not hide our heads in the sand or somehow rationalize the repetition of earlier mistakes. Clearly, the younger members among us are the answer, but do we have enough younger members to carry the load, and can we help them in re-instilling interest? How we grow is up to them with our blessings.

I ran, quite unsuccessfully, a few years ago, for the position of Sovereign Grand Warden. I came in a very distant second place. Several Past Sovereign Grand Masters had recommended that I stay away from any discussion of membership in my speeches. They all said that our members have little or no interest in obtaining new members. I ignored their advice, but obviously, they were right. I felt that while It is great to project positivity, at some point, loss of membership becomes a critical issue. At some juncture, we need to have a frank conversation about how to make our order more inviting to those around us. I won’t bore you with additional in depth numbers, but if you do the math yourself, you will see that if 41 states are in dire shape, a large fraction of these states will be gone within 6 years. If you chose to be extremely optimistic, some fraction may last as long as 10 years. There are many factors that will solidify this fact – modern American life expectancy, accounting for regional variants, is 78 – the average age of the members is 72, many states are losing members at the rate of 5%-10% yearly, and not recruiting at the same pace. We are only still in existence now because American Life expectancy has risen to 78 (worldwide it is 72). I could quote other statistics, but why bore those who do not want to discuss the issue? If membership is not an important subject now, then when?

I love the essence of this Order. But loving it means helping it grow beyond our own existence and moving forward into a future that as of now does not seem assured. Watching as our order has lost 97% of our members is obviously not a way in which to aid us toward that growth. Avoiding the discussion of the issue only further guarantees our demise. The time to deal with the issue is now. Now, if you doubt my figures, consider this small factoid – not only does SGL quote member figures as of the year ending 2018, they are getting those figures from the collected states year ending 2017. We could easily already be heading to the 98% figure.

Lastly, one final mathematical projection – if we have lost 97% of our membership in 110 years, how long will it take to drop the final 3%? I will let you do the math.