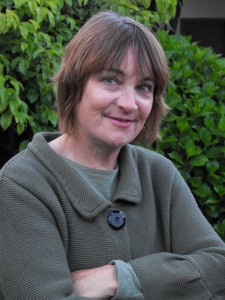 Long-time Davis resident Lea Rosenberg was unanimously elected Noble Grand (President) of the Davis Odd Fellows Lodge last evening. Rosenberg has been a member of the Davis Odd Fellows for 10 years and holds all degrees of Odd Fellowship. She recently served as Vice Grand (Vice President) of the Lodge and is also active in the community serving as President-elect of the Soroptimist International of Davis, as a Board member and Past President of University Farm Circle, and as a Board member of the Yolo County SPCA, and as Vice Grand of the Davis Rebekah Lodge. Rosenberg previously was selected as Davis Citizen of the Year, and in several past newspaper polls of readers, has been chosen as the Most Active Community Volunteer.

“It’s an honor and a privilege to serve as the leader of this active Lodge,” said Rosenberg. “As Noble Grand, I will make sure we continue to focus on community support and good works in this County. The Davis Lodge – currently with 220 members – is the most active and fastest-growing Odd Fellows Lodge in the United States.”

The Davis Odd Fellows are actively involved in the community of Davis and Yolo County. Davis Odd Fellows host several annual events including Breakfast with Santa, Breakfast with the Bunny, A Taste of Davis, and the Picnic Day Pancake Breakfast. The Davis Odd Fellows raised money for schools and set a Guinness World Record with the world’s longest bicycle parade. The Lodge hosted the “DogtoberFest” which raised funds for the local K-9 program. The Davis Lodge hosts monthly (First Thursday Live) free music for the community at Lodge, as well as monthly Bingo (Second Sunday Bingo) benefiting community groups. Numerous co-hosted events are planned at the Lodge to benefit local charities and community-serving groups throughout the year. The Davis Lodge and members recently provided $5,000 to the Yolo Crisis Nursery.

The Davis Odd Fellows are a fraternal order including both men and women – members range in age from 17 to 77. The Davis Lodge was chartered in 1870 and is the oldest continuously operating private entity in the city limits of Davis. It is often known as the “Three Links Fraternity” based on its 3-links symbol signifying friendship, love and truth. Odd Fellowship was founded in England in the 18th Century, and came to the United States in the early 19th Century. The Davis Lodge Hall, built in 1955, is located at 415 Second Street, in Downtown Davis.

Other elected officers of the Lodge are Secretary Alekka Fullerton, an attorney specializing in family law, Treasurer Penny Smith, a professional bookkeeper, and Financial Secretary Duff Devine, an insurance broker with Devine Insurance. Trustees of the Lodge are Dave Reed, a Judge, Bob Bockwinkel, a realtor, and Dave Rosenberg, a Judge.

More information on the Davis Lodge can be found at www.davislodge.org.