On November 6, the Davis Odd Fellows Lodge #169 hosted its first ever “Davis Chocolate Festival” at the Lodge Hall.  A committee of 21 members had planned and organized the event for almost one year.  As it was the first ever such event in Davis, there was no way to determine how it would be received or how many members of the public would attend.

Over 450 members of the public attended the first-ever “Davis Chocolate Festival” sponsored by the Davis Odd Fellows on November 6.

“I heard only positive comments from the hundreds of attendees,” said Rosenberg.  “Everyone seemed to enjoy themselves immensely, and I heard many complimentary remarks from the guests.   The guests were diverse and covered all ages.   And as icing on the cake, I received three applications for membership from three young ladies, all under 25 years of age, and I have four more individuals who expressed interest in joining our Lodge.   This was a win-win-win for our community, our Lodge and the Order.   We exposed Odd Fellowship to hundreds of attendees and thousands more who read about it through our press releases and advertising.”

The Committee plans to do it again and 2017 will see the Second Annual Davis Chocolate Festival.   Funds raised from these events will benefit children in need. 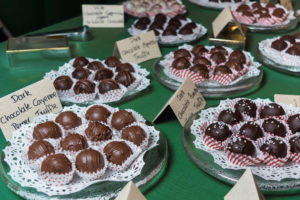 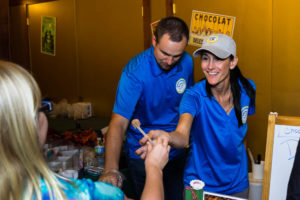