“End of Days” for the Independent Order of Odd Fellows? 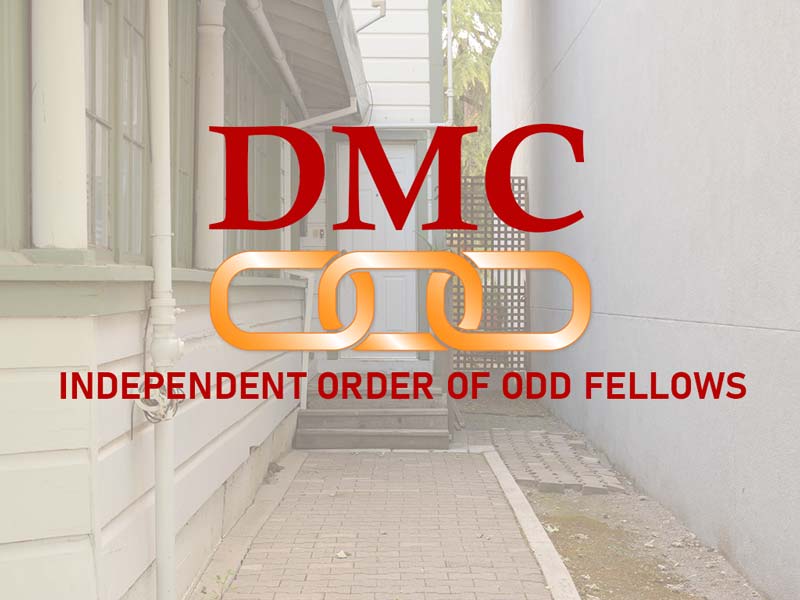 The apocalypse is allegorically ushered in by the “Four Horsemen” representing Conquest, War, Famine and Plague. Without over-dramatizing the situation, one can certainly envision the “end of days” for the Independent Order of Odd Fellows if we have an intersection of the trend lines representing (1) aging members and (2) declining membership rolls. We have our own version of the four horsemen, and they will surely bring our Order down UNLESS we recognize these horsemen and make serious efforts to unhorse them. This can be done, but we have to collectively work to make it happen.

In a manner of speaking, we have our own “oddpocalypse”. What are the four horsemen of the IOOF? They are: Oblivion. Complacency. Negativity. Inaction. Let’s visit each of them in their stable and understand how they insidiously undermine Odd Fellowship.

Oblivion. We have a big problem in Odd Fellowship – and this problem has been with us for decades. That problem is the decline, and continued decline, of our membership. The very first step in dealing with a problem is to recognize and admit that there is a problem. Odd Fellowship – at every level of our Order – has not fully recognized or admitted that we have a membership problem. Too many members operate in blissful oblivion. Several years ago, when a Sovereign Grand Master of the IOOF (displaying some courage and foresight) wrote an article highlighting the serious problem of membership decline, he was generally ignored. When a recent candidate for Sovereign Grand Warden of the Odd Fellows had the honesty and temerity to raise the issue in his speech to the assembly, he was criticized and shunned as if he were a trouble-maker. And this modus is replicated at Grand Lodges and at Lodges everywhere. To fail to recognize and admit that there is a membership problem puts everyone in a state of oblivion. Effectively, the Order’s leaders are saying, “Don’t worry. Be happy.” The result is that Odd Fellow Lodges, Grand Lodges, and the Sovereign Grand Lodge keep doing what they have been doing for the past 50, 60, 70+ years. It’s as if they were saying, if we could only read the ritual book with a little more fervor, if only we could practice Friendship, Love, and Truth (FLT) a little bit harder, if we could simply memorize the unwritten works – all would be fine and membership would increase. But, as the old saying goes, the definition of insanity is doing the same thing over and over and over again, and expecting a different result.

Complacency. Too many of our members have become overwhelmed with membership ennui. They have become complacent. They appear to be satisfied with the status quo. They find the Lodge to be perfect, just the way it is (and has been for the last decade or two). In fact, if the Lodge were to add new members it would disrupt their idyll. New members represent a change in their universe – a “disruption in the force” if put in Star Wars vernacular. These complacent members have not brought in a new member for years, perhaps never. They take the view that sponsoring a new member is someone else’s job. The complacent members – many of whom have been members of the Order for 25, 35, or 50 years – have a short, rather than a long view, of Odd Fellowship. They care more about their own creature comforts in a Lodge that suits them, rather than the long-term viability of that Lodge. This plays directly into the hands of the horseman of complacency. That horseman will lull you to sleep. But in time, the awakening will be rude.

Negativity. It may be that there is a member of the Lodge – perhaps a few – who really want to bring in new members and re-charge the energy, vitality and future of the Lodge. Opposing that energetic member are the complacent members. These oppositional members ride with the horseman of negativity. The negative member can bring down the Lodge in two ways. First, anytime the energetic member makes a suggestion or a proposal, the negative member finds a reason to shoot it down. That negativity can take several forms, either criticizing the idea or even denigrating the energetic member for the audacity of suggesting it. We hear the following things from the negative member: “That won’t work,” or “We tried that a few years ago and it failed,” or “It’s against the Code,” or the old standard “That’s a stupid idea.” In particular, the most insidious negative comment is to say “It’s against the Code.” I have found in virtually every single case that the member who starts spouting the “Code” as a weapon has very little idea what the Code actually says on that particular subject. [Word of Advice: If a member of your Lodge weaponizes the Code, simply ask them for the specific citation. In other words: “Show me the language of the Code Section which prohibits this.”] The other insidious aspect of the negative member is that they often forget FLT and use their negativity to spread misinformation and rumors about other members, typically behind the backs of those other members. This sort of internal turmoil is a quick way to destroy the fraternal spirit of a Lodge.

Inaction. The final horseman is that of “inaction.” If allowed, this will be the Coup de Grace of a Lodge. Let’s be clear about this: Declining members is ultimately fatal to a Lodge and a fraternal order. However, declines in membership can be reversed. There are Lodges throughout the country that have reversed the trend and are increasing their membership. How do they do that? It requires the collective attention of the Lodge members, a plan of action, strong leadership, and follow-through. There are ways that Lodges can attract new members and retain existing members. There are Lodges (precious few of them) that are consistently showing net gains in membership, rather than net losses. We have presented numerous techniques on how to do this in the pages of these newsletters. But the surest way to kill the Lodge is inaction – the failure to implement a plan. The sad part of inaction is that it becomes the death by a thousand cuts. The Lodge doesn’t die instantly. The death is prolonged and painful. And the longer the Lodge stays in the “inaction” mode, the harder it is for the Lodge to recover. If a Lodge delays until there are less than a dozen members, almost all of whom are in their 70’s and 80’s, it really is just becomes a matter of time until that Lodge loses its mojo. The Lodge suffering from inaction will lose its quorum, fold up its tents and fade into historical oblivion. And what a shame that would be. That Lodge may have been around for 100 years, perhaps 150 years. Dozens of members over the years had dedicated themselves to the growth and prosperity of the Lodge – and now, in the 21st Century, on YOUR watch, YOU let the Lodge die.