Sister Eleanor “Jerri” Lake, 85, passed away on June 14, 2013 in Davis California. She was born on May 2, 1928 in Oakland California to John and Vera Crane Lake.Eleanor grew up in Portland Oregon. She graduated from Franklin High School and she received her Masters Degree from Lewis and Clark College. She received her teaching credential with authorization to teach students with communication disorders. She taught students who were deaf and hard of hearing for more than 50 years. She also received and enjoyed teaching placements in Yemen and in rural Alaska.

Family and friends were Eleanor’s passion and delight. Eleanor was an avid reader throughout her lifetime. She grew up spending time at the beach and the mountains; swimming and skiing and she loved music and dancing. She continued throughout her life to enjoy nature and the outdoors. She was a world traveler and enjoyed many life long friends around the world. Throughout her life she she was patriotic and tirelessly worked and advocated for education, peace in her community and in the world. Eleanor was a member of American Association of University Women (AAUW), Davis Rebekah Lodge #253 /OddFellows, Delta Kappa Gamma Society International, and Saint Martin’s Episcopal Church. 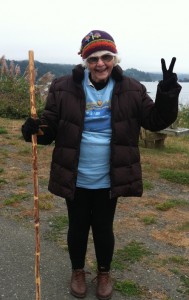 Eleanor was preceded in death by her parents John and Vera Lake, and her brother John Lake III. Eleanor is survived by her daughter Jeenie (Dawari) and her husband Rick Dawari of Sacramento, CA; Kathleen (Lake) and her husband Tom Davies of Trinidad, CA; Robin (Sweeney) of Davis, CA, and her son Robert Jorg of Sacramento CA. Also, her sister Diane (Haight) of Chico, CA, and her sister-in-law Jean Lake; her grandchildren Karrie, Noelle, Shawn, Joel, Ben, Lauren, and Heather; her great-grandchildren Jessica, Joshua, and Lara; her nephews Douglas, Harold, Theodore, and Michael and her niece Angela; her grandnieces, Sage, Ginger, Ayana, Canyon, and Farin; her grandnephews, Luke and Weston; her cousins Bruce and Storm; and her aunts Elizabeth and Ester, as well as many dear friends and relatives.

A memorial service will be held at Saint Martins Episcopal Church, 640 Hawthorne Lane, Davis, CA 95616, at 2:30 PM on Saturday, July 6, 2013. Memorial donations may be made to the Association of University Women (AAUW), the Tech Trek, AAUW-Davis, P.O. Box 4165, Davis 95617, with a memo line In honor of Eleanor Lake for Tech Trek. Tech Trek is a week summer camp at college (UCD) for 6th grade girls to get more excited about math and science and consider college. The girls see women scientists as models and have classes and experiences which stimulate their interest in STEM (Science, Technology, Engineering, and Math).