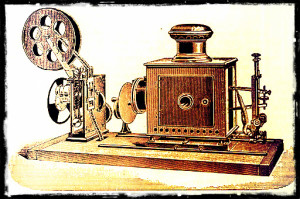 The Davis Odd Fellows Lodge is launching the First Annual Odd Fellows Classic Film Festival – and hoping it becomes an annual event in downtown Davis. Please mark your calendars for February 2, 9 and 16.

Leading up to the annual Academy Awards presentation in Hollywood, the Davis Odd Fellows Lodge invites everyone to attend the film festival. Three classic films featuring legendary directors and renowned actors from Hollywood’s golden years will be presented at the Lodge.

The films will be presented on three successive Sunday evenings on the big screen in the Lower Hall. The three evenings are February 2, February 9 andFebruary 16 – each screening at 6:30 p.m. Each film will be preceded by a brief introduction presented by noted Film Historian and Movie Critic Derrick Bang. Mr. Bang also writes a movie review column for the Davis Enterprise. After the screening, Mr. Bang will be available to answer questions and discuss the film with viewers who wish to stay for the discussion.

The film festival is open to all. Admission is free, but the Odd Fellows suggest a donation of $5 per person. There will also be candy, popcorn and soft drinks available for purchase. By special arrangement with the film teachers at the high schools, all proceeds, after expenses, will be provided to benefit the film programs at Davis High School and Da Vinci High School. Tickets will not be sold in advance and are only available at the door on the evening of each performance.

The Odd Fellows Classic Film Festival Committee (composed of Lea and Dave Rosenberg, Juelie and Kurt Roggli, Robin Dewey, Rene Martucci and Richard Urbino), working with Mr. Bang, have chosen the following three films for this first festival. All are distinguished as having won an Academy Award for Best Picture:

Sunday, February 2. “You Can’t Take It With You”, 1938. This classic comedy romp was directed by the legendary Frank Capra, and stars Jean Arthur, Lionel Barrymore, and James Stewart. It was given Academy Awards for Best Picture and Best Director.

Sunday, February 9. “All About Eve”, 1950. Starring Bette Davis and George Sanders, this classic drama was directed by Joseph L. Mankiewicz, and produced by Darryl F. Zanuck. It was nominated for a remarkable 14 Academy Award categories, and won six, including Best Picture.

Sunday, February 16. “The Apartment”, 1960. The stellar cast of this comedy-drama is led by Jack Lemmon, Shirley MacLaine, and Fred MacMurray. Billy Wilder directed. This classic was nominated for 10 Academy Awards and won five of them, including Best Picture.