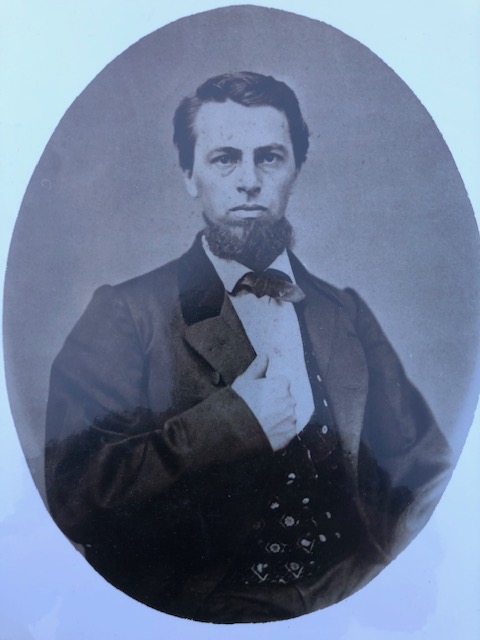 The Franco-Prussian War had just begun, the U.S. Congress authorized Virginia and Texas to rejoin the Union following the end of the Civil War, the construction of the Brooklyn Bridge had started, President Grant held a meeting with Sioux Chief Red Cloud, the first woman graduated from a law school in the United States, and the Davis Odd Fellows Lodge (then known as the Yolo Lodge) received its charter.    The year was 1870.

Before UCD was formed, and even before Davis became a City, a group of local residents in the area of Yolo County known as “Davisville” (population 400) asked for and received a Charter to form a Lodge of Odd Fellows.   The date of the official institution of the Lodge was April 12, 1870.   In those days, it was called “Yolo Lodge” as there was no “Davis” yet.    The Grand Master of California Odd Fellows John Brown Harmon traveled from San Francisco to Davisville to present the charter to the new Odd Fellows.   He was accompanied by Elias Driggs Farnsworth, Most Worthy Grand Sire, who was visiting California at the time.  This was the first time that a California Lodge had the distinction of having a Grand Sire (from the international association) in attendance, when instituted.   There were 11 charter members of the new Lodge – all men at the time – including the first Noble Grand, Jacob Horning, a local railroad agent.

Today, the Davis Lodge has 307 members – both men and women – and is the largest Lodge in California and the United States.   We will commemorate the 150th anniversary of the institution and charter of the Lodge on Saturday, April 11, at the Odd Fellows Lodge Hall, 415 2nd Street, with ceremonies and events open to the general public.  The doors will open at 8:30 a.m. with old-time piano music and mimosas, a complimentary old-fashioned (1870’s style) breakfast will be served from 9:00 to 10:00 a.m. (flapjacks, onions and eggs, hash brown potatoes, sausage, fruit salad, coffee, de-caf, and tea),

From 10:00 to 11:00 a.m. a program will take place featuring historic Odd Fellows like Wyatt Earp, Charlie Chaplin, Jacob Horning, Leland Stanford, Thomas Wildey (the founder of Odd Fellowship in North America), and others, followed by local dignitaries who will present resolutions to Diana Schmiegel, the current Noble Grand of the Lodge.   A celebratory chocolate cake – in the style of 1870 – will be served.

“The Davis Odd Fellows Lodge is the oldest continuously operating entity in the City of Davis,” said Diane and John Steele, co-chairs of the 150th Anniversary Committee.  “We would like to invite the community to help us celebrate.”

According to long-time Odd Fellow and Chair of the Lodge’s Historical Committee Dave Rosenberg, Odd Fellowship began in 17th Century England and came to the United States in 1819 when Thomas Wildey – an Odd Fellow recently arrived from England – formed an Odd Fellows Lodge with four other recently-arrived Englishmen.   “From that date, Odd Fellowship swept like wildfire across the continent.   Hundreds of Lodges formed in every state on the United States and province of Canada, and membership exceeded one million,” said Rosenberg.   Our fraternal order is distinguished by our three interlocking links representing friendship, love and truth.   Those ideals resonated with people, and Odd Fellowship prospered.”

In Davis, the Odd Fellows Lodge is known for numerous charitable events, benefiting many community organizations.   Among the events originated and hosted by the Lodge are:  Breakfast with the Bunny, Odd Fellows Bingo, Thursday Live! music at the Lodge, Breakfast with Santa, A Taste of Davis, the Davis Classic Film Festival, the Natalie Corona Odd Fellows Scholarship, the Davis Chocolate Festival, the Picnic Day Pancake Breakfast, the Texas Hold ’em Tournament, the Halloween Party, the New Year’s Eve Party with Mumbo Gumbo, and the Zombie Bike Parade.

Mark your calendars for April 11. 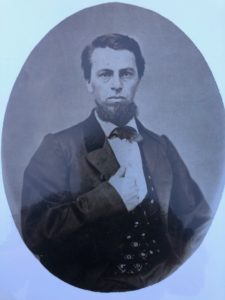 The photograph above is of Jacob Horning, who served as the first Noble Grand of the Yolo Odd Fellows Lodge (now known as the Davis Lodge) in 1870.  Mr. Horning served as a railroad agent in Davis.   He was born in the State of New York in 1833 and died in Davis in 1877.   He is buried in the Davis Cemetery, next to his wife Catherine Stradinger.