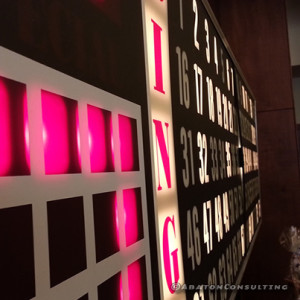 The Davis Odd Fellows Lodge has operated Bingo in Davis for the past eight years, and provides all proceeds from Bingo (after expenses) to community and charitable groups. Bingo is offered on the second Sunday of every month (except May where the second Sunday falls on Mother’s Day) and is open to the public. Players win cash prizes, paid on the spot, and all funds remaining after payouts and expenses are given to the designated beneficiary. It is estimated that the Odd Fellows Lodge has given some $50,000 from Bingo alone to local community groups over the years.

The next Odd Fellows Bingo is Sunday, January 12 at the Odd Fellows Lodge, 415 Second Street. Doors open at 12 noon, and Bingo begins at 1 p.m. A Bingo packet may be purchased for $20 (and an economy packet for $12) entitling the purchaser to play all scheduled games on Sunday.

The Davis Odd Fellows Lodge was chartered in 1870 and currently has over 200 members, making it one of the largest Odd Fellows Lodges in the nation. The Odd Fellows Lodge is a fraternal order, dedicated to community projects of all kinds. The Davis Odd Fellows put on Taste of Davis, Breakfast with Santa, Breakfast with the Bunny among other community events and projects. The Lodge also hosted the “DogtoberFest” which raised funds to purchase a new K-9 for the Davis Police Department, and set a Guinness World Record for the longest single line of bicycles which raising over $15,000 for the Davis Schools during the “World’s Greatest Bicycle Parade.”