The Davis Odd Fellows, known officially as Davis Lodge #169, is the Davis chapter of the Independent Order of Odd Fellows (IOOF or I.O.O.F.).

Officers of the IOOF – Davis Lodge

The Davis Odd Fellows Lodge is the oldest Odd Fellows organization of the City of Davis, California. Yes, it’s true. The IOOF was established in Davis in 1870 – just five years after the end of the Civil War – and has been here longer than the City of Davis or the University of California at Davis. Many of our early members are prominent citizens of Davis, CA; some of which have streets named after them. Our Lodge is an amazing piece of history in our community.

The Davis Odd Fellows Lodge has had two homes in the City of Davis. The original IOOF Lodge Hall was located at 221 G St in Downtown Davis. The G Street location was sold to the Masons many years ago and is presently occupied by offices and retail. Businesses at this location are quite varied. The businesses downstairs include restaurants and retail (Red 88, The Vault Skate Shop). Upstairs is home to Mahin the Tailor, The Law Office of Roberta Savage, Abaton Consulting – Website and Photography Studio, Presidio Companies, Barobo Robotics, The Davis Vanguard, The Law of Josh Kaizuka, and others. 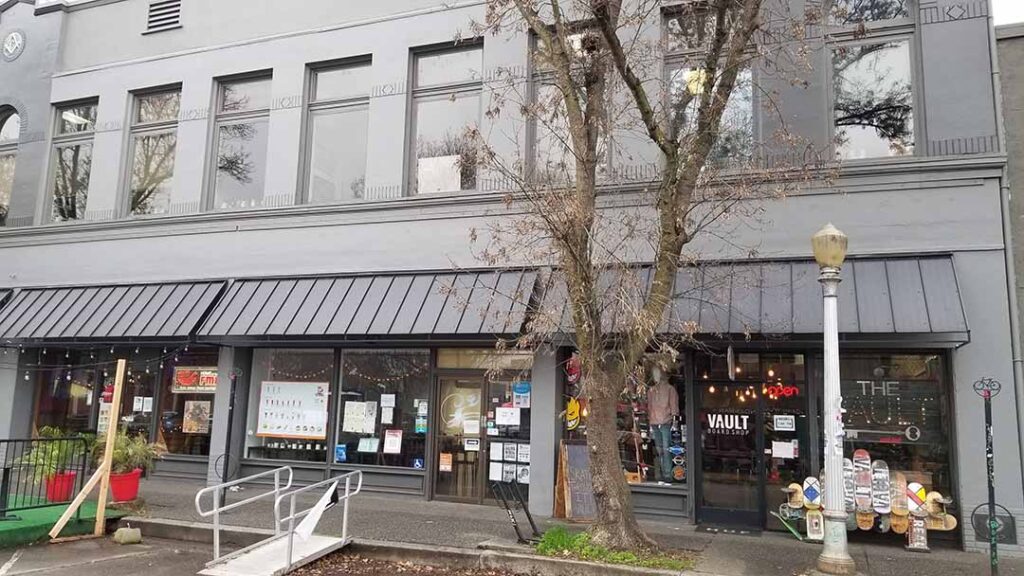 This is the original home of the Independent Order of Odd Fellows for the Davis Lodge #169. The building is located in Davis Ca was home to the Odd Fellows until the 1950’s.

The second and current location of the IOOF Lodge Hall is located in Downtown Davis at 415 Second Street. The building interior recently underwent a major renovation; refurbishing on both the lower level and upper level. Upgrades to the lower level include a commercial kitchen, a large meeting area (one of the largest in downtown Davis), and a conference room. The upper hall renovations include new flooring, wall treatments, a stage and an accompanying sound system. Both the upper and lower levels of the The Odd Fellows Hall are available for community events.  we are very proud of its new look. Information on Hall rental can be found at RentDavisLodge.com. 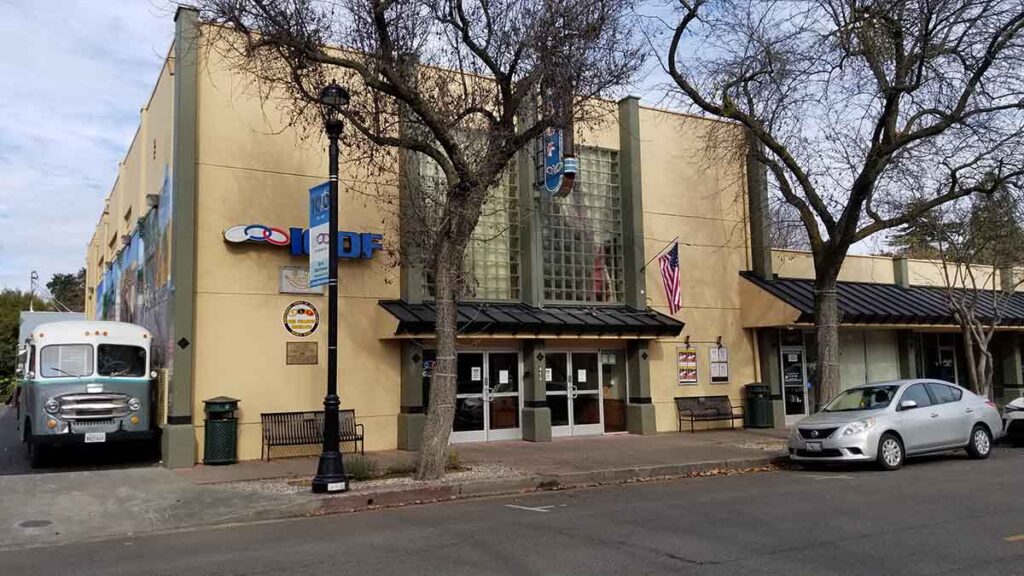 The new home of the Independent Order of Odd Fellows in Davis Ca. This building was built in the 1950’s with the support of a generous benefactor. The interior of the IOOF building has been fully remodeled and modernized which enables our organization to attract new members.

Davis Odd Fellows are part of a national and world-wide organization – the Independent Order of Odd Fellows (IOOF). Our focus is community support and charitable giving. We have provided significant financial support over the years to local organizations as diverse as Pine Tree Gardens (to assist the program supporting persons with mental illness), the Concilio of Yolo County (for scholarships for Hispanic youth), Martin Luther King Day Committee (to assist in their annual event celebrating this great American), the Yolo County Multi-disciplinary Interview Center (helping abused children), Suicide Prevention, Hospice, and Communicare Health Centers.

We sponsor the popular, annual, “Breakfast with Santa”, where we host over 300 Davis children and families. Beginning in 2007, the Davis Odd Fellows Lodge started sponsoring Bingo on a monthly basis, the second Sunday of each month, at the Lodge Hall with all proceeds going to charity. We are the first organization in Davis to be authorized to run Bingo games.

Many great men and women have served as Odd Fellows. Did you know that Franklin Delano Roosevelt was an Odd Fellow, and that the New Deal was created based on Odd Fellow principals?

In 2011, the Davis Odd Fellows will initiated over 30 new members into our Lodge, setting a modern North American record for initiations the past three-four years.  Our Lodge currently has 220 members with many more applicants in the process, placing the Davis Odd Fellows in the top five Odd Fellows Lodges in California in terms of membership.  Clearly we are most dynamic. With our newly remodeled Lodge Hall right in the heart of Davis, we intend to continue to enjoy each other’s company, and to be active and involved in our community.

If you have a big heart and want to be of service to your community and to humanity, consider applying for membership and become a new member.

Trustees of the Lodge

Past Grands of the Davis Odd Fellows Lodge