Is The Davis Encampment Right For You

In July, we will be scheduling an initiation into the Davis Encampment for those members of the Odd Fellows Lodge who hold the three Odd Fellows’ degrees and who wish to receive advance degrees.

3.  As an historical throwback, the members of the Encampment can wear the coveted Royal Purple fez with golden tassel.  This is strictly optional, but only Encampment members can wear the fez.

4.  The Davis Encampment meets once each month at the Lodge on the second Saturday of each month, usually in the Conference Room (and sometimes in the Upper Hall), around 11:00 a.m., immediately following the Odd Fellows Lodge breakfast meeting.

5.  Most Encampments have no real mission.  The Davis Encampment #21 is different.  We have a mission.  We send kids to summer camp – including kids who would not otherwise have that opportunity.  We use the Odd Fellows Three Links Camp – located near Yosemite – for that purpose.  This last summer, we sent 15 kids to camp – these are foster kids and kids from very low income families who otherwise would never have had a camp experience.  This coming summer, because 3-link camp closed this summer, we will only be sending 7 kids to camp.  Next year we hope to send 20 or more kids to camp.

6.  Many of our Encampment meetings are formal.  That is, we set the room up in proper style, we have a formal opening and a formal closing.

If you have your three Odd fellows’ degrees and are interested in joining the Davis Encampment #21 and earning three more degrees, please let me know in response to this e-mail. 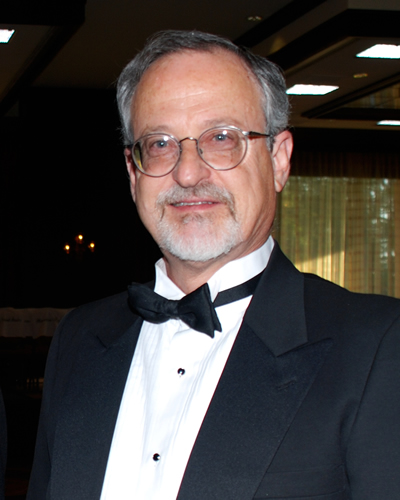 Long-time Davis Odd Fellow Dave Rosenberg has been elected Grand Warden of the Grand Lodge of California, Independent Order of Odd Fellows. The
election was held last Friday during Grand Lodge Sessions in Sacramento, with representatives from over 120 Odd fellows Lodges from throughout
California. Four candidates vied for the office and Rosenberg was elected on the first ballot. Grand Warden is the #3 position in Odd Fellow leadership, serving a one-year term, and then moving up to Deputy Grand Master, and then Grand Master of California.

Rosenberg served four terms as Noble Grand of the Davis Odd Fellows Lodge and is generally credited with rebuilding that Lodge to be one of the premier Odd Fellows Lodges in the country. Rosenberg also serves as Chief Patriarch of the Davis Encampment, as Captain of the Davis Canton, as Secretary of the Davis Rebekah Lodge, and as President of the Hall Board Association. He has previously served as a District Deputy Grand Master for the Odd Fellows and as Chair of the Grand Lodge Judiciary Committee. Rosenberg also served two terms as Chairman of the Odd Fellows Homes of California Board of Directors, which operates two large retirement campuses in Napa and in Saratoga. Locally, Rosenberg continues to serve as Chair of the Membership & Initiation Committee of the Davis Lodge and serves as a member of the Good Fellowship Committee and the Bingo Committee.

Rosenberg has written a book entitled “The Future of Odd Fellowship – To Be or Not to Be” which focuses on the need to increase membership in local Lodges, and on techniques to do so. While Lodges around the country and in California are declining in membership, the Davis Lodge has increased its membership by 500% over the past 5 years. “I believe that the Odd Fellows need to reinvent themselves to be relevant to men and women in the 21st century”, said Rosenberg. “We can’t just meet behind closed doors and windows. Odd Fellows need to reach out to their communities to do good works, and need to provide an active and fun social network for members. That’s the fountain of youth and the secret of success for fraternal orders going forward.” 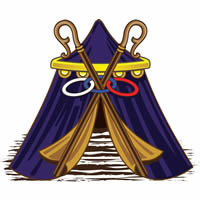 As you know, the Davis Encampment #21 provides financial support to send children to summer camp each year. The last two years, we’ve been sending children to the Odd Fellows Three-Link Camp, and have paid their tuition. But this year, we are not able to send kids to Three-Link Camp.

We have just learned that the Board of Directors of Three-Link Camp has decided to not run a traditional summer camp this year (instead, they are going to run two one-week work sessions where kids, accompanied by their parents, may go to the camp to work on various repair and refurbishing projects). The Three-Link Camp Board is doing this because the Grand Lodge Board of Directors has insisted that they have two certified counselors at the traditional summer camp (which they don’t currently have) and the Camp Board has decided to shut the camp this year to a traditional summer camp rather than obtain the two certified counselors. We are very disappointed in this decision and feel it is incredibly short-sighted and wrong.

Nevertheless, we have decided to proceed with our efforts to send kids to a real summer camp, and have explored a “Plan B”. To this end, through the work of Sharla Cheney, we have made arrangements to send kids to camps run through the City of Davis, subject to availability of space in the camps and our available funds. So, if you wish to pursue this program for your child or children (or a child or children in a family that you know about, who otherwise might not be able to go to camp), please read on.

For children accepted into the program, we will pay for the camp tuition and the camp T-shirt.

Note: Time is of the essence now. These camps fill up quickly.

Please see the attached information sheet on two City of Davis camps and a registration form. If you have a child or children who wish to attend Camp Putah or Trekkers, please follow the following instructions:

(1) For Camp Putah: Fill out the registration form. Indicate your 1st and 2nd choice for the week you wish to have your child attend camp. Indicate whether you also will desire after camp care. Make sure that the children can ride a bike and check to see if they have a bike and helmet. On the form, fill out what size of T-shirt the child wears.

On a separate sheet of paper, please list your 1st, 2nd, 3rd and 4th choice for week to attend camp – if the camp is full, we need options. Also, if your child needs a sleeping bag for the overnight, let us know. We will do out best to obtain one.

(2) For Trekkers: Fill out the registration form. Indicate your 1st choice and your 2nd choice of week.

On a separate sheet of paper, let us know if your child needs a sleeping bag. We will do our best to obtain one.

(3) Where to send the form: Send no money, but mail or deliver the completed form and separate sheet of paper to the following address;

We will take the form to the City of Davis and pay the fees. 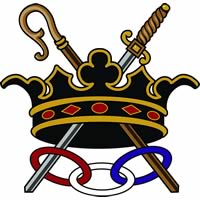 While other Lodges, Encampments and Cantons are diminishing and folding, we are growing.

Here is the text:

“By Order of the Department Commander

This dispensation is issued effective this date allowing Patriarchs and Royal Purple members who have petitioned the Department of California Patriarchs Militant to establish a Canton to be known as Canton Davis No 7 to hold meeting and select officers, i.e. Captain, Lieutenant, Ensign, Clerk and Accountant who will serve until after the Muster of the Royal Purple Members into the Patriarchs Militant and Muster of the Canton which will take place upon timetable established by Maj. Gen Schuyler and David Rosenberg. The selected Officers may then serve until the next Installation of Officers, at time and date to be established, at their meeting Hall or other authorized meeting area.

Members are urged to obtain the full dress uniform as soon as possible however the Class B uniform is authorized for wear in a Canton meeting.”

So, there you have it, Canton Davis No. 7 is now officially launched.

Odd Fellowship actually has 9 degrees. When you join the Odd Fellows, you receive the Initiatory Degree. From there, you can get three more degrees (Friendship, Love and Truth) which corresponds to the three links.

You can then join the Encampment and get 3 more degrees.

If you have all those degrees, you can join a Canton and receive the Patriarchs Militant degree.

You can also join a Rebekah Lodge and get the Rebekah degree.

We have had an Odd Fellows Lodge, an Encampment, and a Rebekah Lodge in Davis. Now we have a Canton.

To join the Canton and receive the Patriarchs Militant Degree, a member of the Lodge must have obtained all three degrees of Odd Fellowship in the Lodge: the Initiatory Degree, the Degree of Friendship, the Degree of Love, and the Degree of Truth. That person must then join the Davis Encampment and obtain all three degrees in the Encampment: the Patriarchal Degree, the Golden Rule Degree, and the Royal Purple Degree. Once all those degrees are obtained, the person is eligible to obtain the highest degree of Odd Fellowship – Patriarchs Militant.

I invite all members of the Davis Odd Fellows Lodge to become Third-Degree Odd Fellows. If you are interested in obtaining your three degrees, please let Noble Grand Bob Schelen know. He can be contacted at slobadbobs@aol.com. Bob will schedule a “three-degree evening” at the Lodge when he has sufficient interest.

And I invite Third-Degree Odd Fellows to contact me if you wish to join the Davis Encampment and obtain those three degrees. We confer all three Encampment Degrees in one session. Our Davis Encampment has 36 members and is the largest (and most active) Encampment in the USA. You will then be eligible to obtain the highest degree – Patriarchs Militant – and join the Canton Davis No. 7. 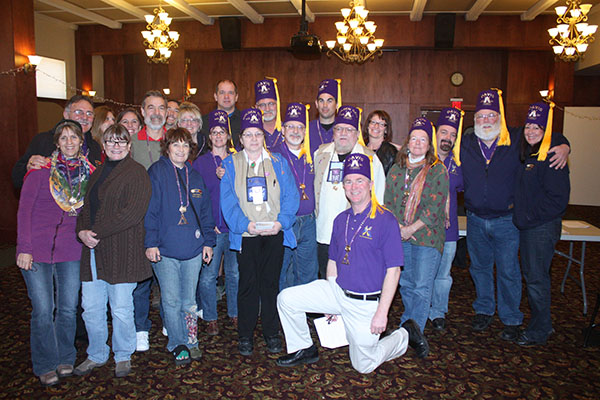