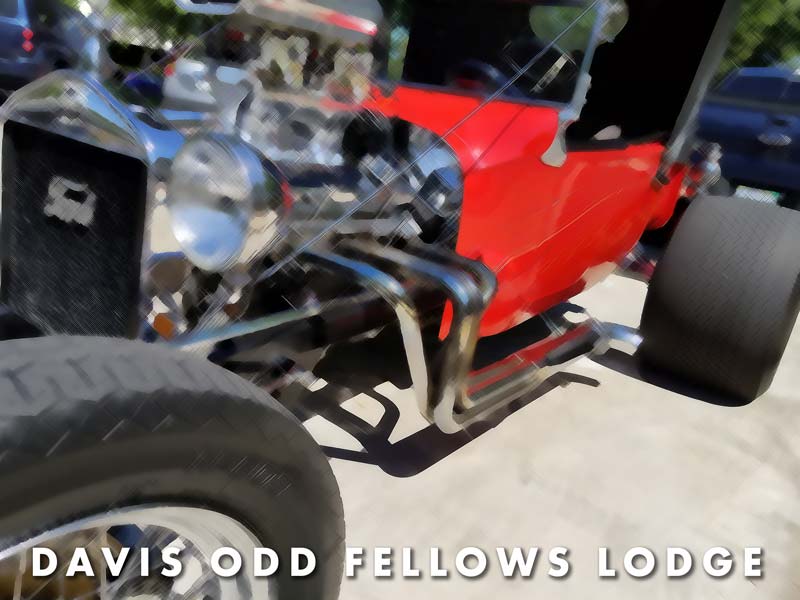 Continuing a community service begun over seven years ago, Davis Encampment #21 announced that 2020 scholarships are now available for local families who apply. These scholarships enable children to register for classes provided by the City of Davis Parks and Recreation staff. Available programs include:

To apply for the scholarship, parents/guardians need only to go to www.davislodge.org, click on “Lodge Programs” and then “Summer Camp Scholarships”. A full explanation of the program is provided, as is access to the simple application form.

The Davis Encampment has adopted as one of its missions to facilitate and fund summer programs and summer camp experiences for children.

“We are so pleased to be able to give these families and children the opportunity to enjoy a summer experience,” said Sharla Cheney, a member of the Davis Encampment and coordinator of the scholarship program.

Typically, the Davis Encampment provides 75-85 such scholarships each year.

“Some of the children in our scholarship program come from families who might not be able to afford the summer experience,” said Doug Hatton, Chief Patriarch (President) of the Davis Encampment. “We would like to help as many children as we can to experience the joys of a summer program, including summer camps.”

On August 2, 2017, Davis Encampment #21, at a special meeting, conferred all Encampment Degrees on eight new Patriarchs and Matriarchs. Receiving the Patriarchal Degree, the Golden Rule Degree and the Royal Purple Degree were:

Continuing a community service begun over five years ago, Davis Encampment #21 announced today that it has provided $100 scholarships to 85 children from 39 local families. These scholarships enable the children to register for classes provided by the City of Davis Parks and Recreation staff. The classes include swim lessons, dance, week-long summer camps and family summer swim passes.

The Davis Encampment has adopted as one of its missions to facilitate and fund summer programs and summer camp experiences for children.

“We are so pleased to be able to give these families and children the opportunity to enjoy a summer experience,” said Sharla Cheney, a member of the Davis Encampment and coordinator of the scholarship program. “We wish to thank the wonderful City of Davis Parks and Recreation staff – and in particular, Administrative Operations Supervisor Christina Wood – for their work in helping families choose classes and register their children. We could not have done this without their cooperation and willingness to help.”

The deadline to apply for scholarships in 2017 has passed and no further applications can be considered for this year. However, the Davis Encampment hopes to continue the program in 2018.

“Some of the children in our scholarship program come from families who might not be able to afford the summer experience,” said Cheney. “We would like to help as many children as we can to experience the joys of a summer program, including summer camps.”

If you have all your Davis Odd Fellows Lodge #169 degrees (Initiatory Degree, Degree of Friendship, Degree of Love, and Degree of Truth) then you are eligible to take the next step in Odd Fellowship by joining Davis Encampment #21. I’m pleased to say that the Davis Encampment is offering a Degree Night where you can earn all three degrees in the Encampment (Patriarchal Degree, Golden Rule Degree, and Royal Purple Degree) in one evening. It’s a rare opportunity and it’s coming up on Wednesday, March 1, starting at 7 p.m. in the Upper Hall of the Lodge.

Davis Encampment #21 was instituted in 1955 (over 60 years ago). There are only 11 active Encampments in the State of California. We are fortunate to have one in Davis. Currently, we have 35 members*, led in 2017 by Chief Patriarch Tony Pruitt. Tony has assigned me to be the Degree Captain on March 1. We are one of the two largest Encampments in California and we are a very active Encampment. We have adopted the mission of providing financial help to children from low income Davis families so that they can have a summer camp or other summer experience. We provide the families with subsidies and scholarships for this purpose. We have provided this community service for many years now for a large number of children. The Davis Encampment meets once each month immediately following the Odd Fellows Lodge Saturday breakfast meeting. Dues are $45 per year; there is no additional fee to obtain the degrees.

And if you join the Encampment, you get to wear (if you wish) the much coveted purple and gold fez. In Odd Fellowship only members of the Encampment are permitted to wear the fez.

If YOU have your Odd Fellows degrees and are interested in joining the Encampment and receiving your Encampment Degrees on March 1, please e-mail me no later than next Thursday, February 23, and let me know and we will make arrangements to bring you into the Encampment fold.

Davis Encampment #21 initiated five new members into the Encampment on the evening of September 17.  The new Patriarchs and Matriarchs are:

Today, I would like to talk about “Quaint Historical Relics”. Odd Fellowship, as you know, has many of them.

Today’s quaint historical relic can be found on the back of the “official certificate” of the Encampment. The “official certificate” is just the Odd Fellow’s way of saying “membership card.” Parenthetically, the membership cards used by Odd Fellowship, in all it’s branches, is itself a quaint historical relic. Rather than having them computer generated, the cards are only available in hard-copy and are painstakingly hand-written. Plus, they are so small that the type is virtually invisible. A magnifying glass is needed to read some of the 2-point type. But, I digress.

Today’s quaint historical relic is printed on the back of the Encampment membership card. Found there is the “telegraphic cipher and key”. Now, if you were to ask potential new members of the Order in their teens, 20’s and 30’s, I imagine very few would know what a telegraph or a cipher is. Telegraphs and telegrams were used extensively a century ago. Yet, being outmoded or superseded has never stopped Odd Fellows. There, on the back of the card is the telegraphic cipher and the key to it’s interpretation.

“Black” – If that cipher was telegraphed, it meant: “He is a fraud, and if he has a card or other papers from this lodge, they are forgeries.”

“Green” – “Wire instructions to us at once as to the disposition of his remains.”

“Help” – “Will your lodge pay nurse hire, and how much per day?”

“House” – “Is in our city, holding a visiting card from your lodge and asking of us financial assistance.”

“Secretary” – “He has a fraudulent card.”

“White” – “We don’t know of any such party, and he does not belong to our lodge.”

“Yellow” – “Is in our city and very sick. Claims membership in your lodge. Shall we give him attendance on your account.”

These and other ciphers and keys are contained on the back of the Encampment membership card – holdovers from another time and another age. Yet Odd Fellows has not caught up to the 21st Century. Other examples abound. Odd Fellowship still uses hard-copy application forms. In fact, the forms use slick paper so that if the wrong pen is used, the writing will smear. Odd Fellows still requires annual reports to be painstakingly filled out by hand. Most Odd Fellows Lodges still distribute their newsletters in printed form, mailed to the members.

But change is coming. Here’s a positive example of that change: For the past 161 years, voting at Grand Lodge sessions has been a slow and laborious process, subject to human error, of counting votes by hand. At the 2013 Grand Lodge Sessions, I (as the newly elected Grand Warden) suggested that we revise our voting methodology and use electronic voting. Newly elected Grand Master Rick Boyles enthusiastically supported the concept and I am delighted to note that the Grand Lodge Board of Directors, unanimously, approved electronic voting. And the 2014 Grand Lodge Sessions (the 162nd such session) will – for the first time in our Order’s history – have such electronic voting. The voting will be swift and accurate, and instantly displayed for the session. This sort of movement into the 21st Century is a healthy sign for this Order, and long overdue.