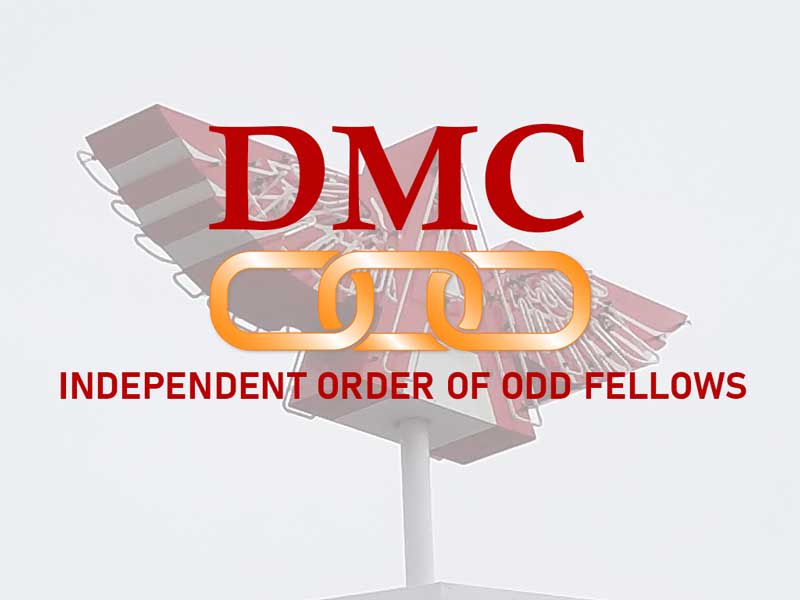 The question is shocking, I know. And probably somewhat offensive to faithful and enthusiastic Odd Fellows. But in light of the statistics year after year and decade after decade in the United States and Canada, it is not only a fair question, but it is an existential question. With few exceptions, our membership is declining and the numbers of our Odd Fellow Lodges are diminishing. There are jurisdictions that go through the motions of holding Grand Lodge Sessions with attendance a shadow of prior years. Some Lodges are held together with a patchwork of associate members, and the members elect each other to office in a musical-chairs sequence.

Can we stop the decline and restore our Order to growth and vitality?

The answer, in my mind, is a resounding and unequivocal “YES.” How can I be so sure, you ask? Well, the answer to the future growth of our Order (IOOF) is right in front of our eyes, if we actually take the time to look. While it is certainly true that most jurisdictions and most Odd Fellow Lodges have been declining in membership, it is also a fact that there are a few – a remarkable few – Lodges that have bucked the descent of membership and have been gaining members. And I’m not talking about the occasional gain – I’m talking about consistent, steady and manifest gains in membership, year after year. When we see this, we know two things are true: First, those who say that the era of fraternal orders is a thing of the past are wrong. If there are Lodges that steadily gain members, it shows that even in the 21st Century, fraternities are relevant. Second, it shows that there are Lodges that know how to grow and, in fact, do grow. They have discovered the secret of success, the fountain of youth, the golden ring to the future of our Order. These growing Lodges are the Petri dishes that show us the cure to fraternal decline. If only our fraternal leaders and other Lodges studied these success stories, they may learn how to stanch the declines. I’m not saying that other Lodges should copy or replicate the approach of the growing Lodges – every community and every Lodge is different and unique. But I am saying that Lodges with membership problems should analyze what the growing Lodge are doing (or not doing), and should determine what might work for them. If your Lodge has been been declining in membership for years now – what do you have to lose?

Let me give you an example of a growing Lodge and what has worked for that Lodge.

The Lodge with which I am most familiar, of course, is my own Davis Lodge #169 in Davis, California, a community of about 75,000 people. When I joined this Lodge in 2003, the Lodge had less than 30 members on the books – a typical membership number for a 21st Century Lodge. Today, in 2020, our membership exceeds 300 and we have shown a net gain in our membership each and every year since 2005. How did this happen? In 2005 I found myself chosen Noble Grand of the Lodge and I served as Noble Grand for four straight years. Such a lengthy service as Noble Grand is not normally recommended – but I had to do it in order to change the culture and the direction of my Lodge. Now, there are many reasons for this steady growth in membership, and we can’t cover them all in this article. However, I can highlight the “Top Ten” reasons we have grown, and if it provides some food for thought in your Lodge, then I will have accomplished my mission. I can say that I know at least four other Lodges in California that have inquired into our techniques, and have then utilized many of the techniques – resulting in a more active Lodge and membership growth. So, bottom line, it works. Here, for your consideration, are the Top Ten:

1. Poll the members. Early on we polled the members of the Lodge to determine what THE MEMBERS wanted to do. This polling was very informative and revealing. We chose the top three activities in which members wanted to engage, and we implemented them. The top three will vary from Lodge to Lodge, of course. It might be as diverse as a Lodge poker night, or a a trip to a winery, or a talent show, or a hike.

3. The partners. When new applicants for membership are brought in, the Lodge would be remiss if it didn’t also inquire about the husband, wife or partner of that applicant. Having husbands-wives, boyfriends-girlfriends, partners, as applicants and members can almost double the size of your applicant pool.

4. Open the Lodge. Lodges that remain hidden behind their closed doors and windows remain unknown to the community. I still remember the time I visited the downtown of a small northern California town with a Lodge smack in the middle of the main street. I asked five different local residents to direct me to the Odd Fellows Lodge (including two locals who were in the coffee shop across the street from the Lodge) – not one of them could tell me where the Odd Fellows Lodge Hall was located. The IOOF was “invisible” in that town. That is not welcoming to potential new members.

5. Social meetings. Not every meeting of the Lodge has to be a formal meeting, with full ritual, passwords and signs. It’s perfectly permissible to have fun social meetings, perhaps with meals, to discuss upcoming events in the lives of members and the Lodge. Fraternal orders are, in fact, social societies and such social meetings certainly foster friendship and love.

6. Committees. Most Lodges have the Committees required by Code such as the Finance Committee and Visiting Committee, and little else. But one of the great secrets of success are Committees. They show the activity and vibrancy of the Lodge. My Davis Lodge has some 50 committees focusing Lodge attention on projects and activities that the Lodge members enjoy.

7. Stop saying “no”. I have visited Lodges where suggestions by members – particularly newer members – are met with a big “no”. Expressions like “we can’t do that”, or “we tried that before and it didn’t work”, or even “that’s a stupid idea” will quickly discourage and disillusion members and will lead to really boring meetings. If new members don’t feel like they are a contributing part of the Lodge, they will decide to dedicate their energy elsewhere.

8. The Pledge Process. My Lodge does not immediately initiate applicants. We make them go through a process (we call it the “Pledge Process”) to qualify to be put forward for balloting. In this Pledge Process, which can take several months, these applicants participate in Lodge activities and “interview” members. They get to know the Lodge and the membership and feel much more committed to the Order.

9. Media. When Lodges do community activities and events, it is important to bring community attention to it. High visibility in the community makes it easier to attract potential new members. Newspapers are important, but in the 21st Century, social media is king. In particular, social media is the communication tool of those under 40 – who are, after all, the future of every Lodge.

10. Clean up your Lodge. I have visited Lodges where the paint is peeling, the windows are dirty, the IOOF signage is lacking, and the entry hall smells funny. These sorts of things send out the wrong message. The face of the Lodge to the world is the Lodge Hall.

Failure to grow the membership of your Lodge is a disservice to the fraternity that you joined. The status quo may be nice for you, but it is deadly to Odd Fellowship in California and across the United States.