Boom and Bust: Why North American Freemasonry Continues to Decline 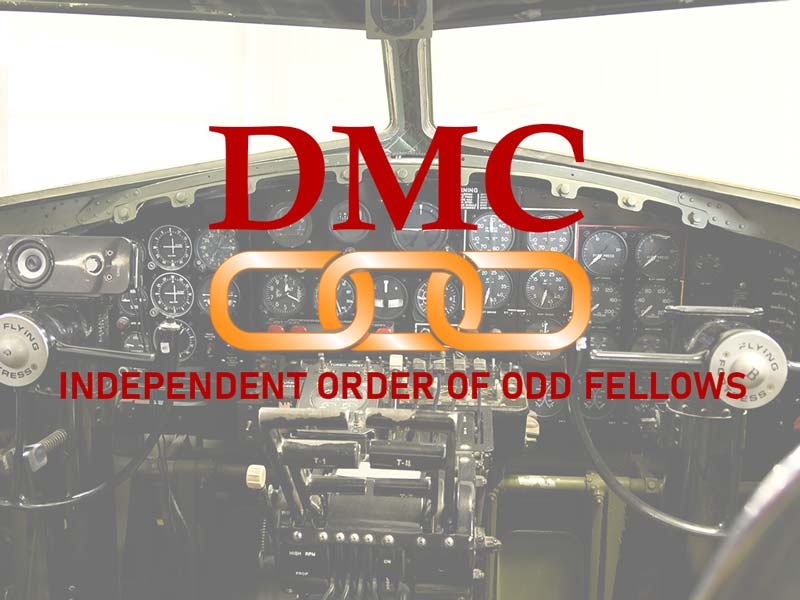 The Independent Order of Odd Fellows (IOOF) are not alone. The decline in fraternal membership is not a phenomenon isolated to Odd Fellowship. We see it in all fraternal orders, including the flagship of Freemasonry.

But just like Odd Fellows has “Dedicated Members for Change” which focuses on evolution of our Order and best practices to retain and grow our membership, the Masons have their own version of DMC. It’s called Masonic Improvement and it can be found at https://www.masonicimprovement.com. The leading force in Masonic Improvement is a member from Texas by the name of Justin Jones, who has written a fair number of articles on the decline of Freemasonry and how that decline can be reversed.

I thought you would find it enlightening to review one of his articles entitled “Boom and Bust: Why North American Freemasonry Continues to Decline.” From an academic and educational viewpoint I share this article with you because many of the thoughts in this article on Freemasonry can be applied to Odd Fellowship (and, frankly, many fraternal orders and organizations throughout the continent). The Jones’ article is noteworthy as it indicates Freemasonry had over 4 million members in the 1950’s, and now membership has dropped to about 1 million – a precipitous decline, but not unlike the decline we have seen in Odd Fellowship.

Boom and Bust: Why North American Freemasonry Continues to Decline

I’ve recently had a few conversations with some brothers about the direction that our fraternity seems to be heading which really got me thinking. Granted, talks about this subject are not uncommon in our fraternity and any brother who has been a member for any length of time in North America has overheard or participated in one.

Rest assured, it is not my intention to dive into the data concerning our membership statistics and make predictions about what’s around the corner for Freemasonry. Bro. Lance Kennedy has already covered the numbers extensively with his article “Freemasonry is Dying” and at this point, there is no need to restate what has already been brought to light. My analysis of this article can be found if anyone is interested in where I believe the fraternity is heading.

What I do want to lay out in this article is why I believe those numbers are still in decline. In other words, we know the what, now let’s figure out the why.

Unfortunately, that why may make some people upset.

I now invite your attention to the chart below. Using the data provided by the Masonic Service Association of North America we can plot out a graph that gives us a general idea of what the membership trends in our fraternity have looked like in North America as a whole since 1924.

As you can see, membership topped out in 1959 and been in a steady decline ever since.

Before we move forward, let’s look at what we do know: The Silent Generation joined our fraternity in massive numbers around the middle of the last century which caused the membership swell reflected in the center of the graph.

Once the Baby Boomers came of age (the oldest Boomers would have only been around 13 years old in 1959) they joined the fraternity but not in the same numbers as the preceding generation.

At this point, you may wonder why we were still in decline when the Boomers were joining and the reason for this would be because our membership numbers were attempting to stabilize and return to equilibrium. Another way of thinking about it would be to consider the huge rise in numbers as an aberration which could only be temporary and would eventually return to normal.

Despite what is often said otherwise, the data doesn’t present any evidence that Boomers joined in excessive numbers.

We also know that Generation X generally had no interest in joining Freemasonry, or any of their father’s organizations for that matter. If they had then I may not have written this article as it’d be reasonable to predict that we’d be looking at a different graph where the decline levels back out and stabilizes somewhere between 3 and 2.5 million members.

What’s strange is that both the Millenials and generation Z (or whatever they end up being called) are interested in Freemasonry but, much to the frustration of lodges and Grand Lodges across North America, we can’t seem to retain them. The decline should be slowing down but new members are leaving Freemasonry as fast as lodges can get them in.

The question now, is why?

Most readers are likely familiar with the idea of succession, whereby something is inherited, such as a title or a property. In the context of Freemasonry, generational succession occurs when stewardship of the organization is inherited from one generation by the other which is succeeding it.

The process of generational succession is typically very gradual, as younger members join and older members move on to that Celestial Lodge above. In time, the succeeding generation will inherit the mantle of full stewardship of the fraternity and the cycle begins over once again.

As each generation slowly becomes the majority stakeholder of each lodge and Grand Lodge, the fraternity itself will begin to reflect the societal values of that generation. This is why Freemasonry has changed so much in the ~300 years that the fraternity has been in existence. If a modern brother was placed in a lodge meeting 300 years ago then what was transpiring would be unlike any Masonic experiences he has had in the past. However, if we were to take a brother from 275 years ago and place him in that same situation then he would be much more familiar although he’d surely notice some differences as well.

So…what happens if this succession skips an entire generation?

This is what happened when Generation X chose not to join the fraternity and the effects are threefold. It is my belief that identifying these will give us insight into why our membership is still in free-fall.

1. The Boomers have held the stewardship of our fraternity for almost 40 years and they shaped the fraternity to reflect their values and expectations during this time. During this entire time, they have been the majority stakeholders of our lodges and Grand Lodges and, as such, they have had more control over policies and a longer period of time to implement changes than any generation that has preceded it.

In short, most programs and policies that lodges and Grand Lodges currently have in place, be they good or bad, were implemented or changed by Boomers.

My video “Seven Ways to Retain Millennial Masons” talks about what I believe young men are expecting out of Freemasonry, most of which is in very sharp contrast to what older brethren are assuming we want. This ‘disconnect’ is due to the gap in generational succession.

2. As stated previously, the majority of our membership consisted of Boomers for several decades. Many of them have been involved for the fraternity longer than most young Masons, including myself, have been alive and in many lodges they were the brethren who kept the doors open when nobody was joining, there was nobody new to take an office, and the lodge didn’t have enough money to keep the lights on.

We owe them a great deal of gratitude for this.

On the other hand, when something has been under your care for a great length of time it can be difficult to hand over to someone else, which is what we are seeing 99% of the time when a new young and enthusiastic Mason wants to get involved with his lodge and start contributing.

When a man feels as though his input doesn’t matter then he eventually finds someplace that it does. This isn’t uniquely Millennial either, every man wants to be heard and feel as though he is contributing something.

3. The gap in generational succession means that there is a greater difference in expectations out of the fraternity than one would see if there had been no gap at all. Small changes are generally more easily accepted however young men seem to want very different experiences out their Masonic journeys than the Boomers.

These expectations, when coupled with the other two issues listed above, are rarely met.

I believe this is why we lose young men almost as fast as we can initiate them.

I want to repeat and clarify that this article isn’t intended to criticize, belittle, or slander any of my fellow Masons. To those of you who have read this yet still feel upset with me then know that I wish you the best but I will not apologize for sharing the facts as I see them.

I don’t believe that the Baby Boomers have done anything wrong, they’ve simply done what every generation with stewardship of the fraternity has done before them, they’ve just had more time and influence to do so.

We’ve come to the answer to our last why: Young men are leaving the fraternity because it generally isn’t providing what they joined hoping to find.

There’s a hole in our bucket and it’s losing water faster than we can fill it up.