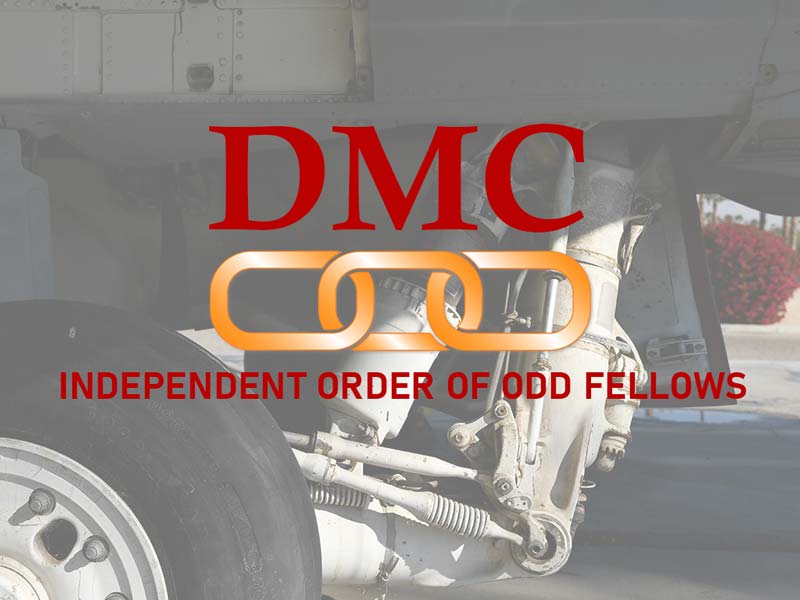 Today was the day that I was planning to send out my last DMC Newsletter.

On December 10, 2010 – precisely 12 years ago to the day – I had sent out our first DMC Newsletter. Since that time, I have “published” close to 600 Newsletters, sending them out to our email matrix (composed of hundreds of Odd Fellows and Rebekahs from around California, North America and the world) at the rate of once each week. I had written the vast majority of these newsletters, although my co-founders (PGM Peter Sellars and PGM Rick Boyles) had also written their fair shares of articles. Nothing lasts forever. After 12 years, I was going to announce that today’s DMC Newsletter would be our last.

Why did I start the weekly DMC Newsletter?

In 2010, inspired by my mentor – the great Past Grand Master of California and Past Sovereign Grand Master Don Smith – who, in his heyday, had started a committee of progressive brothers (at the time, called “Concerned Brothers”), I thought it was time to exercise the mandate of the Third Degree: Truth. Although a relatively new Odd Fellow (having joined in 2004) by 2010 it had become apparent to me that the Order was on a downward death-spiral. Lodges were simply not adding new members in pace to old members who moved away, left the Order, or passed away. The net losses of members was staggering. The loss of membership year after year, and the loss of Lodges, had decimated our Order and was unsustainable. It was clear that unless we changed the way we did business, Odd Fellowship, in time, would become an historical footnote. I was convinced that – at the rate the Order was declining in California – within a generation (20-25 years) all that might remain would be a handful of strong Lodges. So, I raised the hue and cry of declining membership of our fraternity, endeavored to speak bluntly on the issue of our failing numbers, and (most importantly) suggested real-world ways to reverse the trend. I used my own Independent Order of Odd Fellows Lodge – Davis #169 – as the laboratory to prove that Odd Fellowship was still relevant in the 21st Century and that Lodges could grow membership. Employing the very techniques about which I had written, when I first became Noble Grand, my Lodge grew from less than 30 members in 2005 to 349 members in 2022 – enjoying a net gain in membership every single year. I am pleased to note that a few other Lodges in California and around the world that have employed these methods have also shown growth.

Why did I consider stopping regular weekly publication of the DMC Newsletter?

In 2022, after 12 years, I have said virtually everything I can say on the subject. I find that I am repeating myself. There is precious little more to add. If leaders of the Order have not absorbed the information we have provided for the past 12 years, then another year or two will make little difference. In short, I’ve said everything that I can say on the subject of our declining membership, and the ways that this trend can be reversed. In my writings I have been joined from time to time by two other respected and knowledgeable historians and leaders of this Order: Past Grand Master Peter Sellars and Past Grand Master Rick Boyles. To these two Brothers, I say thank you for being with me since the very beginning, and thank you for your many contributions to the progress of Odd Fellowship, in the past, in the present, and hopefully, in the future.

Why have I decided to continue this DMC Newsletter?

Because I care about this Order, and I recognize that there are still members out there who are willing to grow their Lodges and save this fraternity. We will continue to publish these DMC Newsletters for the Dedicated Members for Change – not necessarily every week, but at least a couple every month. We will continue to offer suggestions that can help you bring new members to your Lodge, and keep them engaged, enthusiastic, and energized.

For those who remain interested, most of my past DMC Newsletters can be found on the website of the Davis Odd Fellows Lodge at https://www.davislodge.org. Click on “About the Odd Fellows” and then click on “Dedicated Members for Change.”

When I started this journey, both DMC and I were ridiculed by some in the Order. They don’t mock us anymore. Our predictions were spot-on true. Truth. And our recommendations on how to reverse the trend of declining membership have been proven to work. Truth.