The Evolution of the Odd Fellows 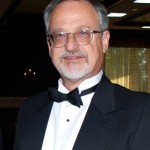 Approximately five years ago, when I was relatively new as a member of this Order, I suggested several keys to survival and growth of the Order. I felt that Odd Fellowship was stuck in a time warp – reminiscent of the way things were in the middle of the 20th Century – and I thought it was necessary to evolve this Order and bring Odd Fellowship into the 21st Century. At the time, I suggested the creation of a Revitalization Committee to plan the future of our Order. Eventually, I made this suggestion by way of a resolution presented to Grand Lodge. It was adopted and it was presented, in turn, to the Sovereign Grand Lodge. And, I am pleased to say, that the Sovereign Grand Lodge launched just such a Revitalization Committee.

One of my suggestions – to be considered by the Revitalization Committee – was the concept that we are too diffused with too many branches. One hundred years ago or even fifty years ago – when we numbered in the hundreds of thousands and then in the tens of thousands – it made sense to have many branches. But today, when our numbers are a small fraction of what they used to be, it makes little sense to spread ourselves so thin.

Let me give you just one example of what I mean. The entire membership of Patriarchs Militant in California and Nevada is now only about 84 members (and, by the way, the entire membership of the Ladies Auxiliary Patriarchs Militant numbers approximately 60). Notwithstanding the dramatically diminished numbers, these branches continue to try to function virtually the same as they did in 1940. For example, last year the PM gathered in Stockton for their annual Department of California session. They gathered for three days. There were only 15 voting PM’s present. Yet they went through the same or similar process as they did in 1940. A similar story can be said for the LAPM, and the Grand Encampment, and the Ladies Auxiliary.

Frankly, in the 21st Century, it makes no sense to continue to have separate organizations for the men and women in our Order. We need to merge the PM and the LAPM, and then the Grand Encampment with the LEA, and ultimately, the Odd Fellows and the Rebekahs. Some day, certainly within the next 10 years, I envision one strong Order with 10 or more Degrees.

SGL has created a Revitalization Committee and among its proposals is to proceed with unification of the Patriarchs Militant (PM and LAPM). Further, SGL’s Revitalization Committee is developing legislation which, over a period of years, will result in the merger of the Patriarchal Degree (Encampment and LEA) into our existing work. These are good first steps, and they make sense. The lessons and the Degrees are important. But we don’t need separate branches with a small and shrinking cadre of officers who, necessarily, keep rotating themselves to office year after year. These Degrees can and should be part of strong, revitalized Odd Fellows Lodges.

This natural evolution will strengthen our Order.